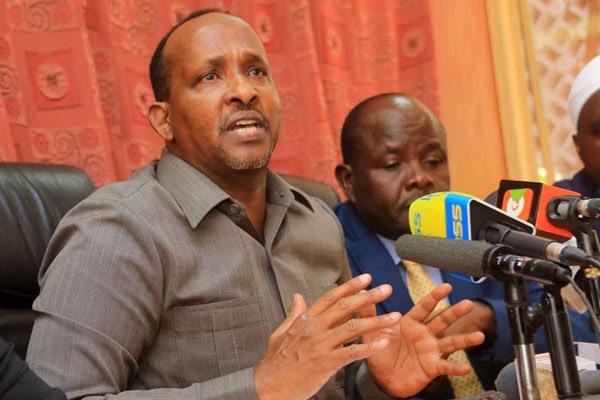 The Garissa Township Member of Parliament, Aden Duale broke lose during a live interview on NTV channel. The vocal Tangatanga ally claimed that looking at the political landscape in the country he is now like the opposition leader in the country. The former Majority Leader said that in the first five years, President Uhuru Kenyatta had good advisors. He said that Uhuru used to consult his team unlike what he is doing now. Duale also claimed that the Jubilee government has overborrowed and this has put the country in economic crisis.

Speaking on the public debt he cleared the air that he can only be judged by what goes on in the Parliament but not what the Executive does. Duale also dropped a bombshell on the handshake and said that when it came the whole issue turned into more of a constitutional moment and they lost the manifesto that they had for Kenyans. On the Eurobond he said that the money came but the auditor did not finalise on how the money was used by various government departments. 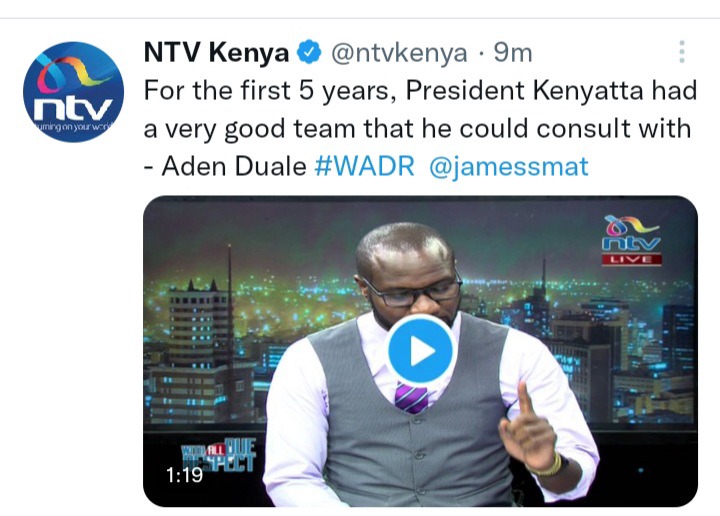 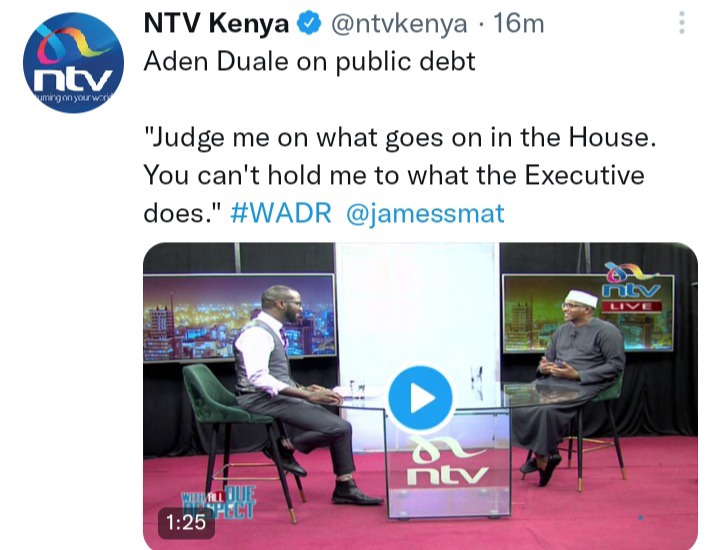 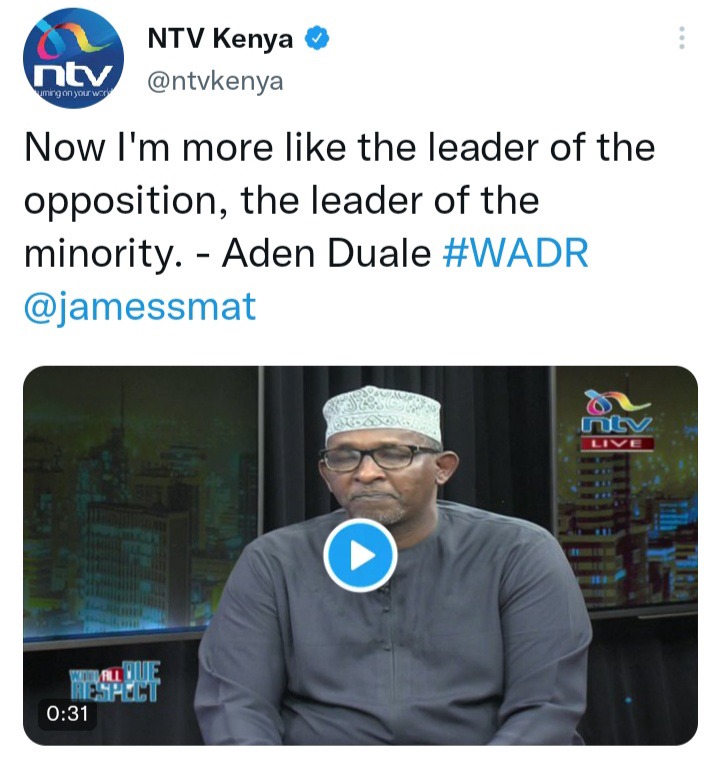