By NewsUpdater.Com (self media writer) | 2 months ago 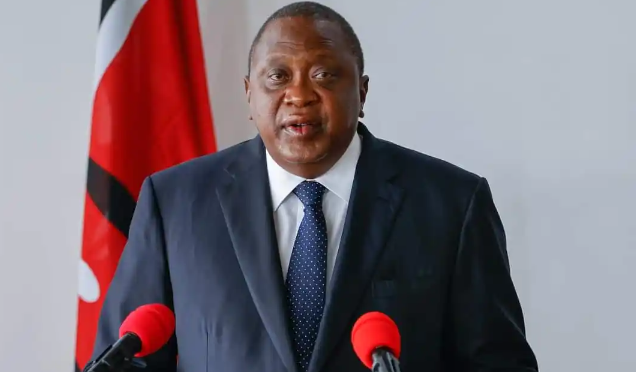 On Wednesday, former Kenyan President Uhuru Kenyatta called for immediate intervention in the Democratic Republic of the Congo, where fighting between the army and M23 rebels has erupted once more in the last week, forcing hundreds of people to flee their homes. 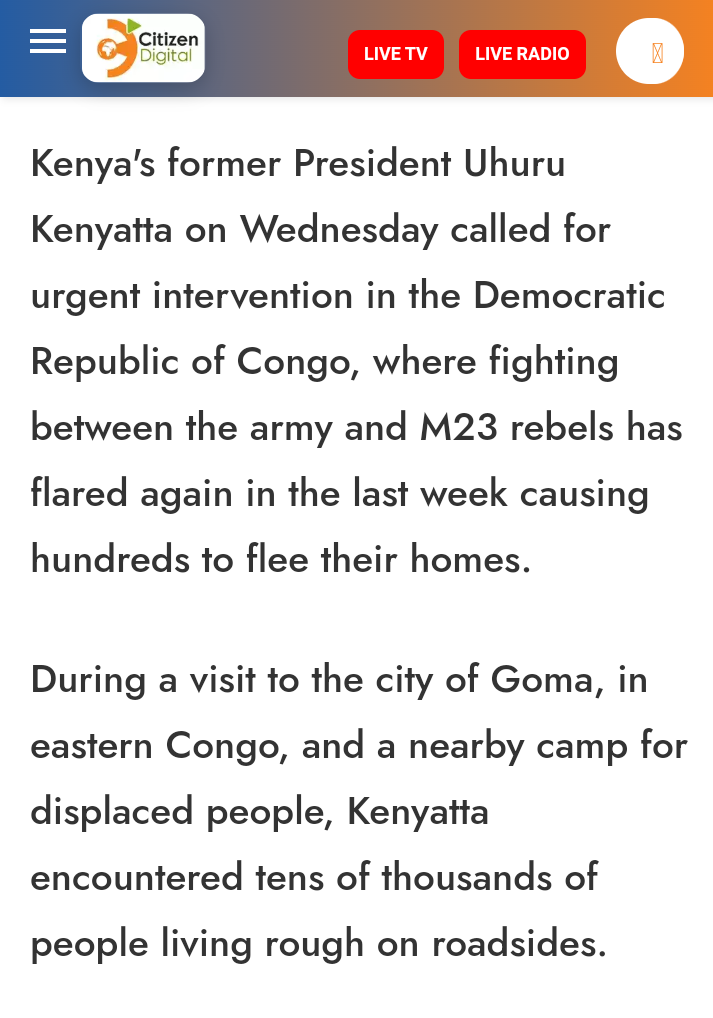 Kenyatta came across tens of thousands of people living rough on the sides of roadsides when he went to the city of Goma in the eastern Congo and a camp for people who have been displaced nearby.

The M23 have launched a major offensive this year, seizing territory and igniting a diplomatic dispute between Congo and Rwanda, according to a United Nations special envoy.

U.N. experts say that Congo has "solid evidence" to support its claim that Rwanda is supporting the M23.Kigali categorically denies being involved.

Kenyatta was in Congo as a peace envoy for the African Union and a facilitator for the regional bloc East African Community (EAC). His goal was to ease tensions between the two countries and put an end to the conflict that was taking place along their shared border.

A Reuters journalist stated that unknown individuals dressed in Congolese army fatigues fired in the air minutes prior to Kenyatta's visit to the Kanyaruchinya camp outside of Goma, igniting panic and driving thousands of people to flee.Rebels and army both claimed responsibility for the incident.

Kenyatta's work has been "seriously hampered by the unfurling shocking helpful emergency in and around Goma", Kenya's service of international concerns said in an explanation.

According to Kenyatta, pledges made during peace talks earlier this year in Nairobi to maintain their positions had not been kept, and the rebel groups and their supporters had not followed through.

More than 100 armed groups continue to operate across significant swaths of the east Congo, despite the billions of dollars spent on one of the largest peacekeeping forces established by the United Nations.

The priority for the new EAC force, according to Kenyan commander Jeff Nyagah, is the diplomatic process as well as the disarmament and demobilization of armed groups.

He said at a news conference in Goma, "If those two tracks fail, we will of course use the force during a joint operation with the (Congolese army)."

Content created and supplied by: NewsUpdater.Com (via Opera News )