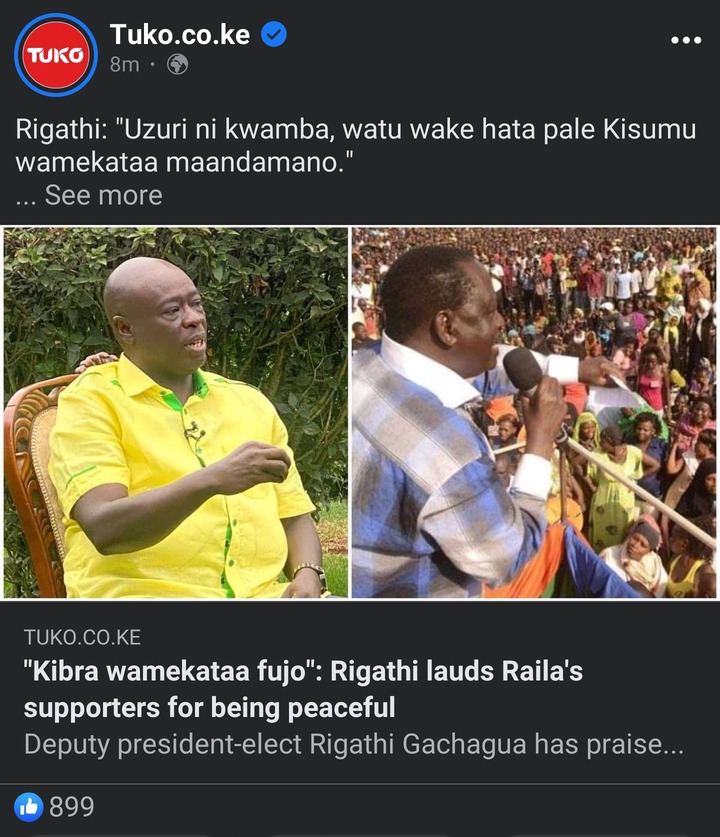 During an interview with KASS TV, the former Mathira MP stated that Kenyans had suffered for a long time under Raila. 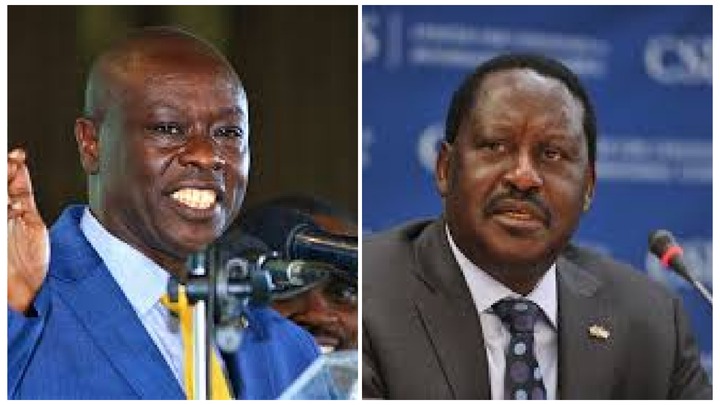 He thanked the former premier's supporters for being peaceful after his loss, pointing out that Kisumu and Kibra had been relatively calm.

The good news is that his supporters in Kisumu have refused to protest. Kibra, too, has said no to chaos. Kenyans deserve credit. He has been exploiting them for many years)," he stated.

𝐓𝐚𝐛𝐛𝐲: This kind of verbal diarrhoea is what made us vote Raila.Gachagua should learn to behave like a leader..

𝐋𝐢𝐥𝐢𝐚𝐧: These loose mouthed leaders is what we voted against,choosing peace doesn't mean we have rejected Raila coz he also called out his supporters to be peaceful (we chose maturity)

𝐓𝐫𝐢𝐬𝐭𝐚𝐡: When I read such I cry for our nation.How can a second in command utter such words when over 6milion kenyans are trying to come to terms with the loss.May God forgive u.

𝐖𝐢𝐥𝐥𝐲: Ruto is a good guy but Rigathi was a wrong choice.Those are not Raila's people,they all belong to president Ruto till 2027.

Senator Ledama Urges Ruto to Set Up This Office, Claims State House is an Extension of the Church

"No Region Will Be Discriminated" President William Ruto Says