A dramatic scene was today witnessed in Kakamega After a Supporter of renowned Presidential candidate Wajakoyah decided to offer him Bhang as he was Campaigning for his party ahead of the oncoming General elections elections which is supposed to be held in a few months time. 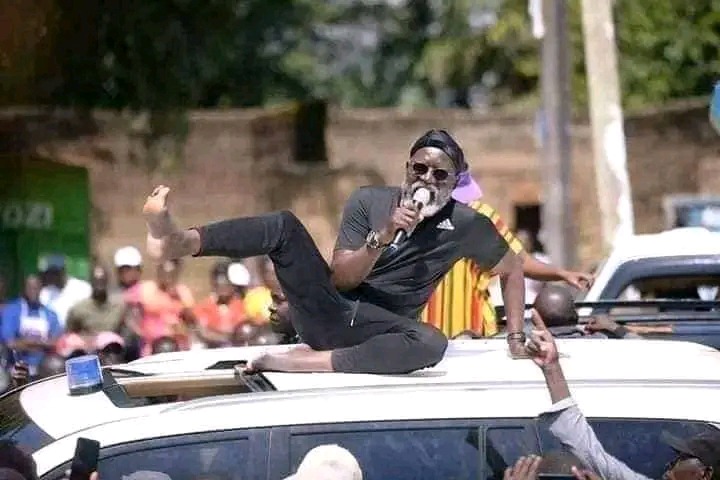 In a In a news report that has been shared by a reliable source of information, it has been revealed that the renowned politician was Campaigning before the man approached and gave him a Bhang plant.

This was followed by a dramatic scene after Wajakoyah who was on top of his vehicle allegedly moved to the other side of the vehicle infringing ignoring the man, pictured below. 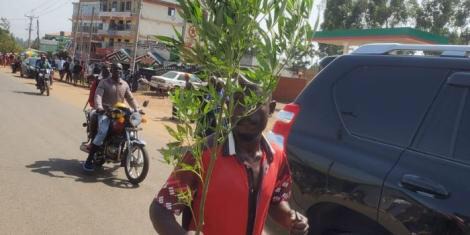 While reacting to this incident, kenyans who took to their different social media accounts to express their opinions and suggestions on the matter have called out the now renowned politician accusing him of misleading young kenyans.

A few days ago, Wajakoyah who has been pushing the government to legalize Bhang claimed that he has never used Bhang or any other drug adding that his age does not allow him to do that.

According to the reports given by most Kenyans, they claimed that it was so unfortunate that the government is yet to do something about the increasing number of rogue politicians in the country despite the fact that Alot of people might end up being confused.

Ann.. I don't know what to say but I think that he is actually doing something for himself. 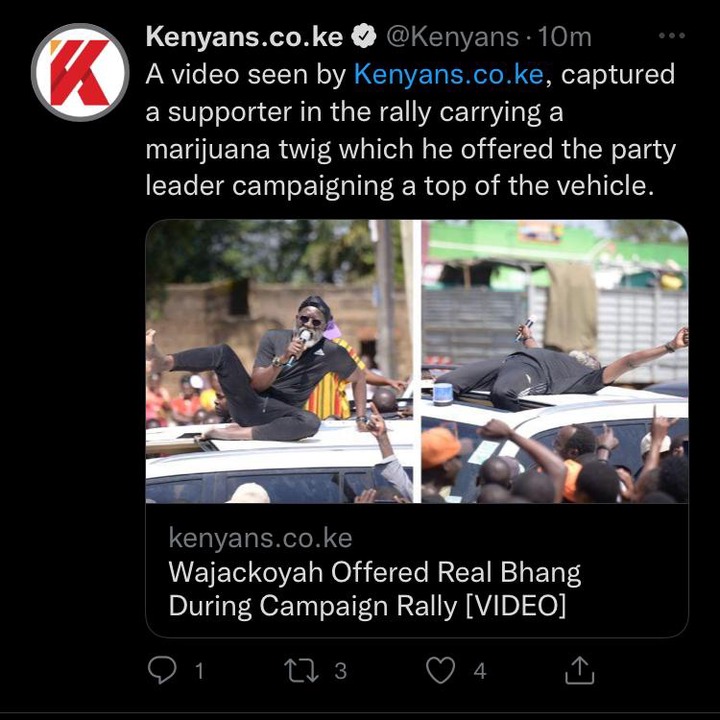