By Borrowmore (self media writer) | 1 month ago 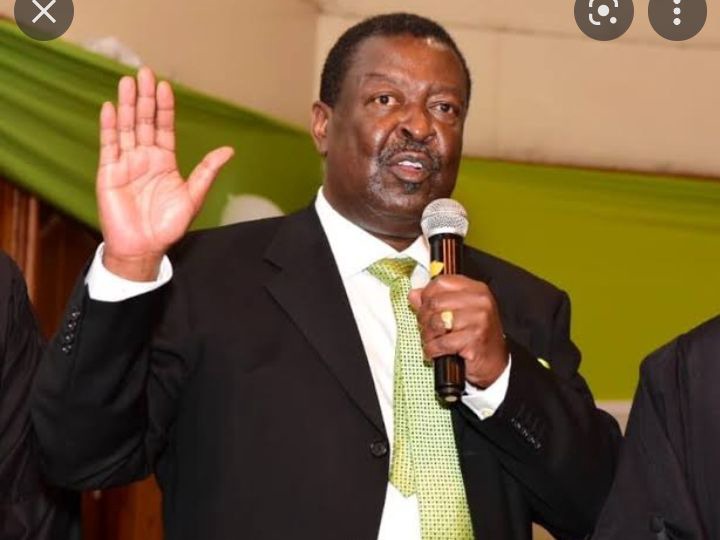 Mudavadi told UDA supporters in Kabarnet, Baringo County, on Sunday that Kenya Kwanza followers are predominantly anchored in the Mt. Kenya region, where the majority of votes are considered to be.

Raila has no chance of winning enough votes in the region, according to Mudavadi, and should drop out of the contest for the statehouse.

"Uhuru told me that when he retires, he wants to retire with Raila, but I've seen him and I think that's genuine because the other day we were in Mt. Kenya and I saw it was packed with Kenya Kwanza supporters. The earthquake occurred in Kwanza, Kenya "Mudavadi stated. 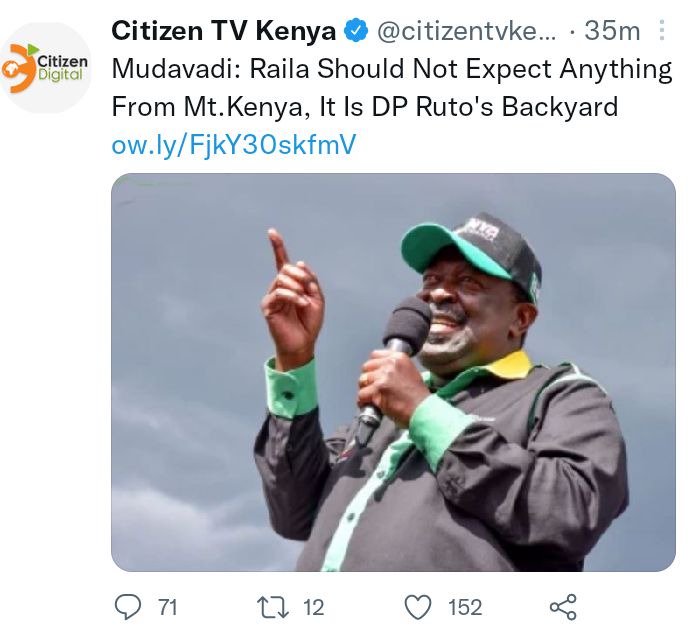 Mudavadi slammed Azimio la Umoja, calling it a "political abattoir" and accusing it of stopping Wiper leader Kalonzo Musyoka from defecting after announcing his decision.

"Azimio is a political slaughterhouse where people are treated like hostages because Kalonzo has been told he no longer has democratic freedom to pursue his own path," Mudavadi said.

"Now look, my brother Kalonzo has been left stranded in Azimio, where he has been told he has already signed and is unable to leave."

Content created and supplied by: Borrowmore (via Opera News )

Check Out Three People With The Strangest Birthmarks