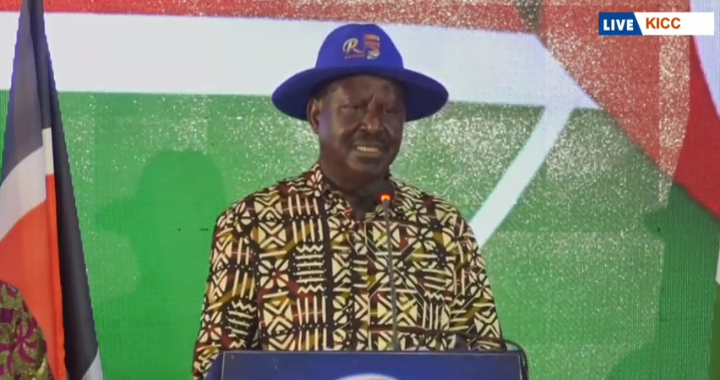 Miguna who is still living in Toronto, Canada following his deportation from the country in the aftermath of the drama that surrounded the 2017 elections likened Raila's conduct to that of former US President Donald Trump early last year, which was perceived as treasonous by some people.

Taking to Twitter, a platform from where he likes addressing Kenyans, the embattled lawyer alleged that Raila was committing treason by ruling that the results were null yet that's the work of the Supreme Court.

That at the same time, the route that Raila was taking would only extend the current Head of State's duration in office. 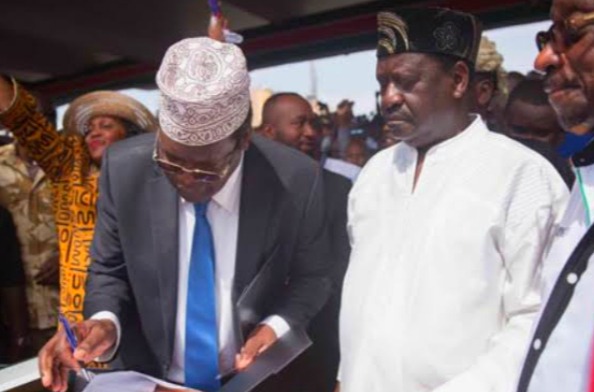 "Raila Odinga has done what Donald Trump did in Washington DC on January 6th 2021. That's TREASON.

That role of declaring a Presidential election a nullity vests on the Supreme Court. Raila Odinga is providing an EXCUSE for Uhuru Kenyatta to refuse to hand-over power," he wrote.

He then added that "the mischief, schemes and coup plotters will not succeed!" 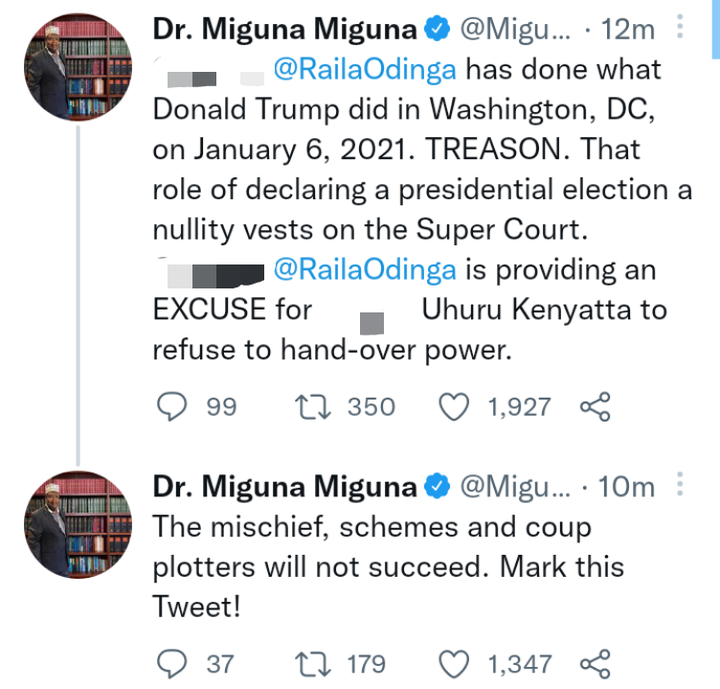 On what the outcome might be should Raila's case reach the Supreme Court, Miguna predicted that "the Supreme Court in the Maina Kiai decision holds that the results as announced at the polling stations are final.

Those results cannot be altered or invalidated by Wafula Chebukati or the IEBC Commissioners, quorum or no quorum. Raila Odinga's arguments are therefore NULL and VOID." 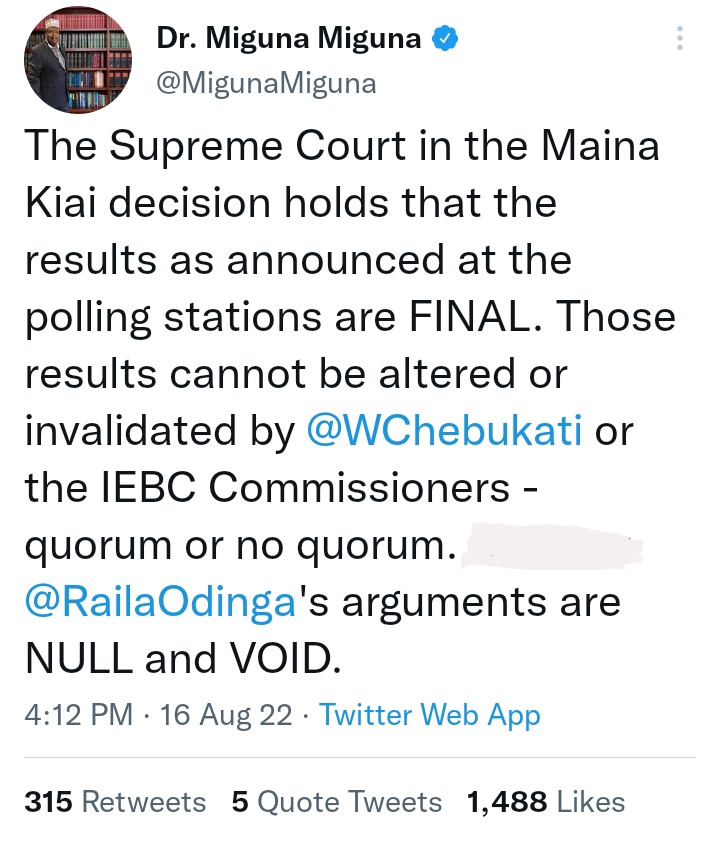