Hustler's Clerk To Camp In Kitui As 2022 Vote Hunt Intensifies

By HustlerNation1 (self media writer) | 2 months ago 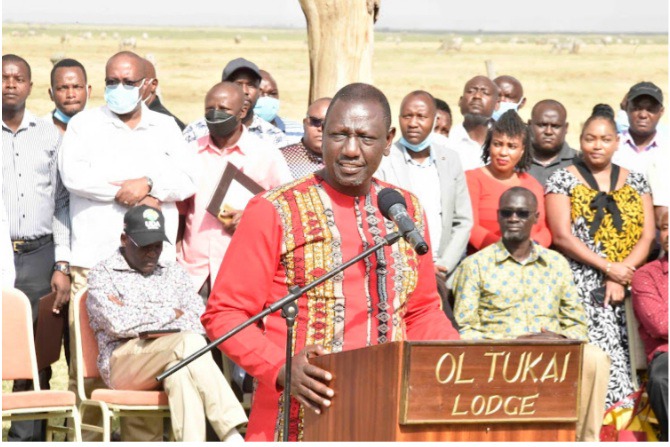 Deputy President William Ruto will continue his forays into the 2022 campaign and will camp in Kitui County on Friday for a women and youth empowerment program.

The DP will be hosted by former Deputy Governor of Nairobi, Jonathan Mueke, and the event will bring together leaders from the region, including former Machakos Senator Johnson Muthama.

It comes a day after Ruto hosted spiritual and professional leaders from various churches and mosques in Makueni County at his Karen residence in Nairobi.

On Monday, the DP attended a two-day Southeast Bloc Economic Forum at the Oltukai Lodge in Amboseli, Kajiado County, which brought together leaders from Makueni, Kitui and Machakos counties.

The DP is touring the county where its governor Charity Ngilu opposed his candidacy for 2022.

Ngilu criticized the DP for abandoning the government's agenda for its 2022 ambitions.

At one point, she asked the DP to resign from the government if he is unhappy with his administration.

Earlier this month, a section of leaders in the Ukambani region threatened to drop Wiper leader Kalonzo Musyoka if he supports ODM boss Raila Odinga for the presidency in the year's election. next.

Led by Kitui Senator Enoch Wambua, lawmakers warned Kalonzo against any plans to support Raila, saying he would be a lone man on such a trip.

"If our party leader should ever make the decision to support Rt. Hon Raila Amolo Odinga for the presidency, we respectfully assure him of two very painful results," they said in a statement read by Wambua.

The DP has also been the target of Kalonzo and Ngilu for his remarks on the ownership of the 200 acres, which originally belonged to the National Youth Service.

Ruto claimed that Kalonzo had taken over the land, forcing the chief of Wiper to defend ownership of the land at the headquarters of the Criminal Investigations Directorate.

JUST IN: Senior KDF Officer have been Sentenced to Five Years Imprisonment For Corruption Claims

Just in:Renowned Politician From Bungoma Dies After a Short Illness

Results of the opinion poll on Raila running mate between Peter Kenneth, Karua and Lee Kinyanjui