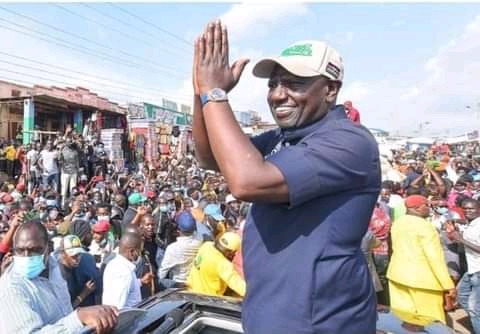 Few days ago there was a reported battle of ownership of the United Democratic Alliance (UDA) party after its former chairman, Mohammed Abdi Nor sought to reclaim claiming that the deputy president William Ruto and his allies allegedly acquired it in an illegal manner.

Nor also claimed that the current leadership of the party forged papers to take control over the party and wanted the court to issue an order giving him the authority to reposes the party. 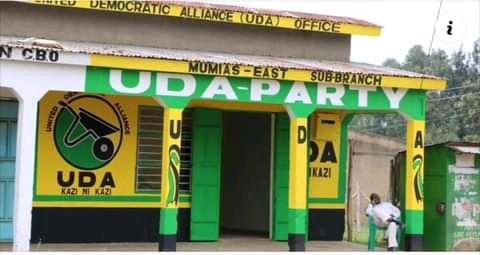 This in turn created a lot tension in deputy president's camp bearing in mind that it is the party which he intends to use its ticket in next year's general election as he battles to succeed his boss, president Uhuru Kenyatta.

Through an inflammation shared on social media platforms by Ruto's top ally, the former Senate Majority Leader Kipchumba Murkomen, the small matter between Mohammed Nor and the current leadership of the party has been amicably been resolved making them to have the full control of the party.

"The small matter between Mr. Abdi Nor Mohammed and the United Democratic Alliance party has been resolved amicably," Kipchumba Murkomen revealed. 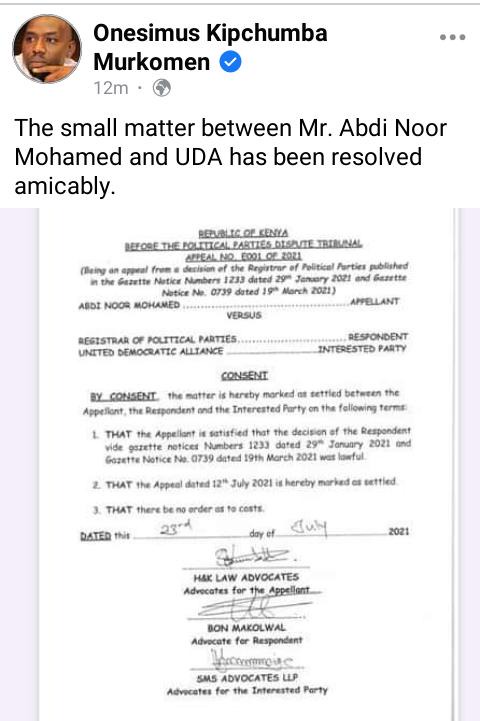 The UDA party won the just concluded Kiambaa parliamentry by-election. Its influence has been gaining momentum in the country's political space ahead of the 2022 general elections.