Raila Odinga, the leader of the Orange Democratic Movement (ODM), was endorsed by a section of governors from the Mt. Kenya region counties on Tuesday in the battle to succeed President Uhuru Kenyatta in next year's General Election. Five governors from the region have endorsed Odinga as the best candidate to address their concerns, claiming that the former Prime Minister is best prepared to do so.

On the second day of Odinga's trip of Meru, governors who accompanied him to various places swore to rally the mountain behind him. Odinga engineered a peace arrangement between Meru Governor Kiraitu Murungi and Agriculture Cabinet Secretary Peter Munya to solidify the region's vote, a move that came after the two politicians appeared to be at odds.

A group of elders urged Odinga to select Munya as his running partner in his yet-to-be-announced presidential quest. Odinga was joined by legislators from the Mt. Kenya region in a show of force intended to tip the scales in his favor. Unregistered voters were also encouraged to take advantage of the IEBC window and obtain voter cards, according to the ODM leader. 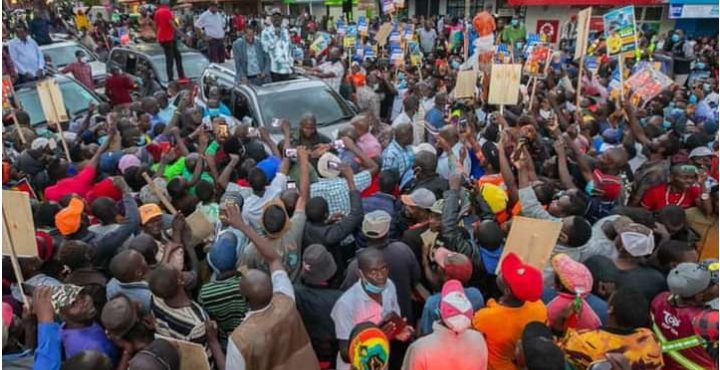 Content created and supplied by: Mwenga1152 (via Opera News )