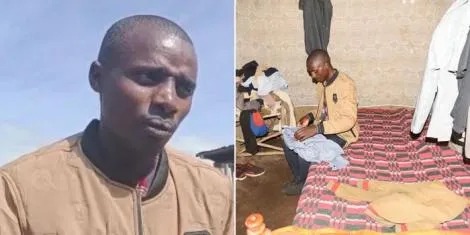 As the country returns to normalcy following the conclusion of the August 9 polls, George Nene, is celebrating his victory in Nakuru county after beating all odds to clinch a Member of County Assembly (MCA) seat.

The 22-year-old student from Elementaita University clinched the Elementaita MCA seat having vied on a Safina Party ticket and garnered 4,310 votes in the polls.

Ndung'u was vying on a United Democratic Alliance (UDA) ticket and occasionally drummed support in the campaign trail alongside president-elect William Ruto.

Nene's win is credited to his determination and the struggles he faced on the campaign trail.

The MCA-elect, while appearing on Citizen TV for an interview, revealed that most of the residents related with him better because of the struggles he had to beat to finish schooling.

Nene disclosed that he would borrow a donkey from a friend and use it as his means of transport during campaign. He explained that he did not have enough money to bankroll his campaigns as he hails from a humble background.

"I was using a bicycle to campaign and it was quite difficult to move around because of the poor roads which got even worse when it rained.

"One of my acquaintances then gave me his donkey cart, which I fitted with the PA systems and generator to campaign. I thought about getting a vehicle but I couldn't afford one," Nene narrated.

The newly elected MCA disclosed that his first priority will be to elevate the living standards of his constituents who live in deplorable conditions as him.

Nene lives in a single-room mud house in his father's compound.

"I was born in Ngecha, Elementaita ward, Nakuru county and I was drawn to the position because I wanted to address some of the problems facing area residents which I have experienced first-hand.

"I hope to return the favour by addressing some of the challenges that are rampant here once I assume office," he stated.

Rigathi Clarifies How He Was Misinterpreted Over His Remarks in Baringo

Amira Upset After An Intruder Invades Her House