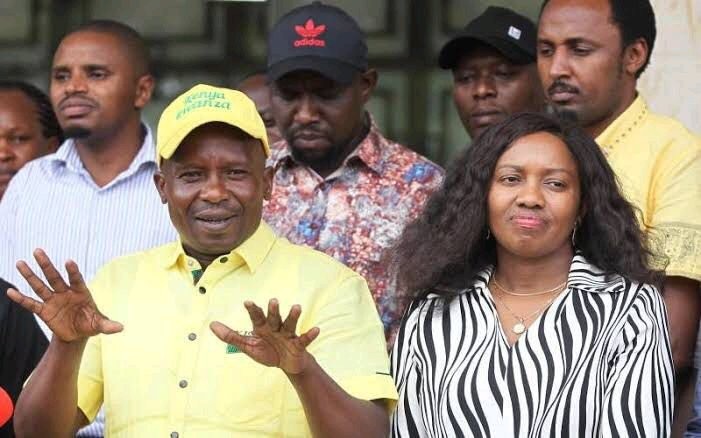 According to a news report shared by a reliable source of information, the four IEBC officials allegedly claimed that IEBC Chairman Wafula Chebukati did not involve them in some of the matters before announcing honorable William Ruto as the winner.

Kithure Kindiki has taken to his various social media accounts to express his thoughts and suggestions on the matter, claiming that the four IEBC officials don't know what they're doing.

According to reports, the renowned politician thanked IEBC Chairman Wafula Chebukati for doing his job. Furthermore, the well-known politician and lawyer has claimed that the four IEBC officials were possibly coached.

In response to this incident, Kenyans who took to their various social media accounts to express their opinions and suggestions on the matter have asked the Supreme Court to look into it in order to determine what is going on.

Most Kenyans, according to reports, believe it is unfortunate that the government is wasting time with court cases despite the fact that many people are currently suffering. 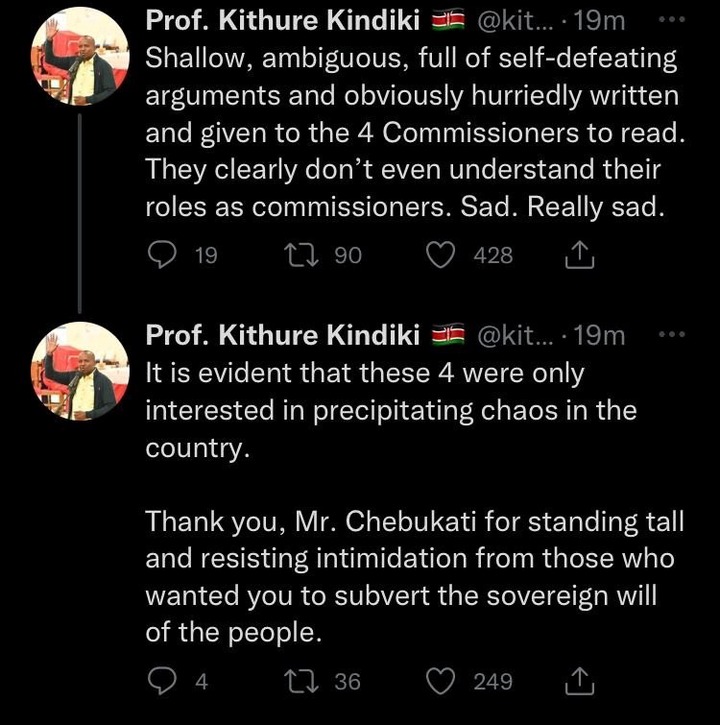 Winnie... I'm not sure what's going on in this country, but Kenya's former prime minister should just go home. We're sick of him and his drama, I mean, what isn't happening. We don't want to be here any longer.