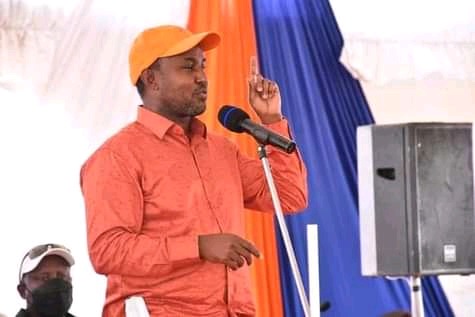 The Suna East MP and Minority whip in the National assembly, Junet Mohammed, has found himself at the center of criticism over his remark in Nyamira.

On Friday, while at a fundraiser in Nyamira, Junet had jokingly told off Mutahi Kagwe that if, Raila Odinga win the presidency, the government will be for the people of Nyanza.

He also added, the likes of Kagwe will be coming to Nyanza as visitors noting that them have been in government for long. 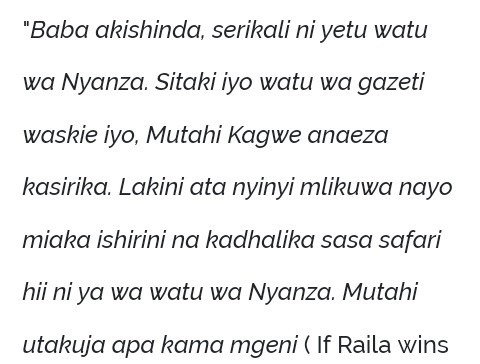 “If Raila wins, the government will be owned by the people of Nyanza. I don't want this to get to the media, Mutahi Kagwe will be upset. Though even you and your people have enjoyed power for more than 20 years,” he said

This round, the government is for Nyanza locals. Mutahi you will soon come back here as a visitor," Junet added

The opponents have since used the remark to criticize Raila Odinga’s presidency, citing it has a hidden agenda to localize the government of Kenya if he takes over.

On the spot is Kimani Ichung'wah and Kandara MP Alice Wahome, who have since took to their social media to warn Mt. Kenya people against banking their trust to Raila Odinga.