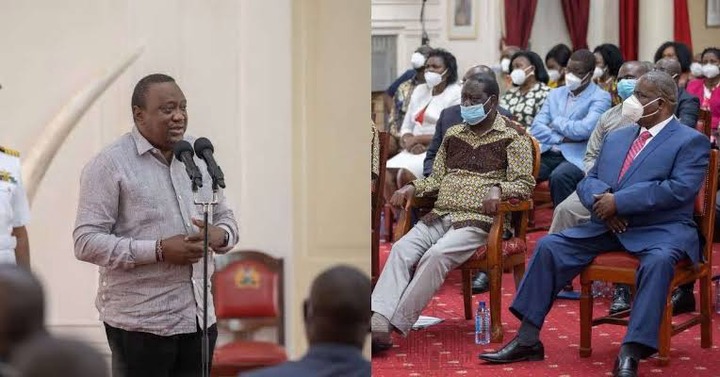 The Statehouse of Kenya has opened up on President Uhuru's attendance at former Prime Minister Raila Odinga's Azimio la Umoja event this Friday as Deputy President William Ruto told what will happen.

According to a report by the ODM Secretariat, they have informed that Uhuru has been invited to the event but the State House declined to say whether the President will attend.

The ODM team has informed that for Deputy President William Ruto they do not expect him to attend the event informing him that they treat him as their political opponent and there is no way he will be allowed in the venue. 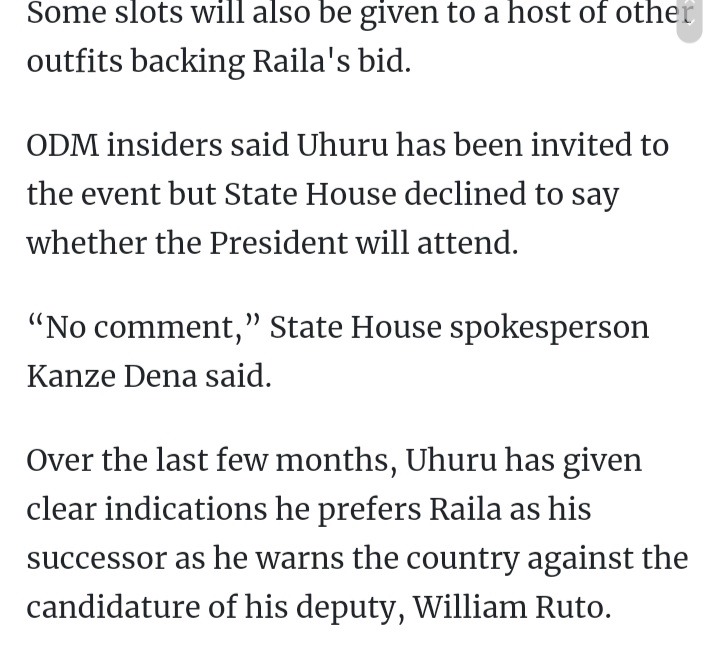 Orange Democratic Movement Secretary-General Edwin Sifuna has also confirmed that President Uhuru has been playing a big role in bringing the mega event into realization disclosing that confirming that both the Orange Party and Jubilee are jointly planning the December 10 event.

Mr. Sifuna has said that, they have been working as a team with the Jubilee party and that it is common knowledge for people to understand such.

“It is now common knowledge that everything we do, we will do as a team. Even in planning this event, we are working as one team,” ODM Secretary General Edwin Sifuna has said.