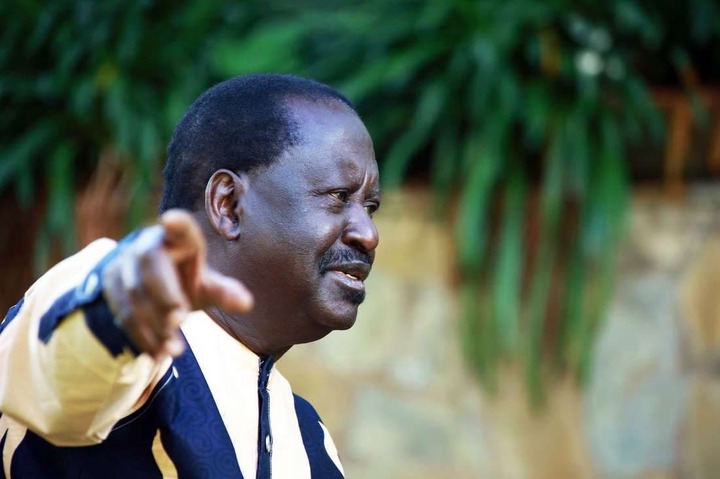 Orange Democratic Movement (ODM) party leader Raila Odinga has seen his fortunes improve drastically ever since his famous handshake agreement between him and president Uhuru Kenyatta in 2017, an event that took place after the disputed elections that ended up at the Supreme Court.

After the handshake agreement, the ODM party leader immediately landed a job at the African Union (AU) where he currently serves as the African Union High representative for infrastructural development, a job that sees him preside over the whole continent.

And now, kenyans.co.ke is reporting that the former prime minister is once again a happy man as he has landed himself a very powerful Position that will see him once again serve the continent.

The media house reports that the former prime minister has now been appointed to be a member of the African Green infrastructure development Bank, a powerful position that he will serve in alongside his current position. 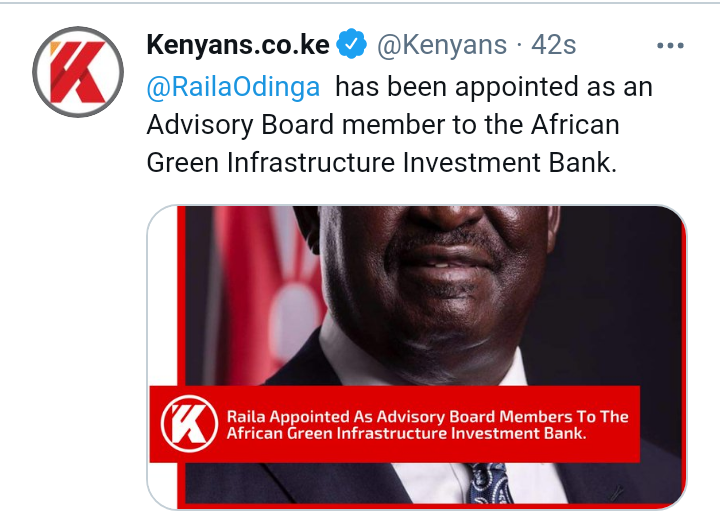 "Raila Odinga has been appointed as an Advisory Board member to the African Green Infrastructure Investment Bank," the report said.

'My Bro' - Ruto Sends Gachagua A Heart Warming Message Following His Arrest, Tells Him The Following