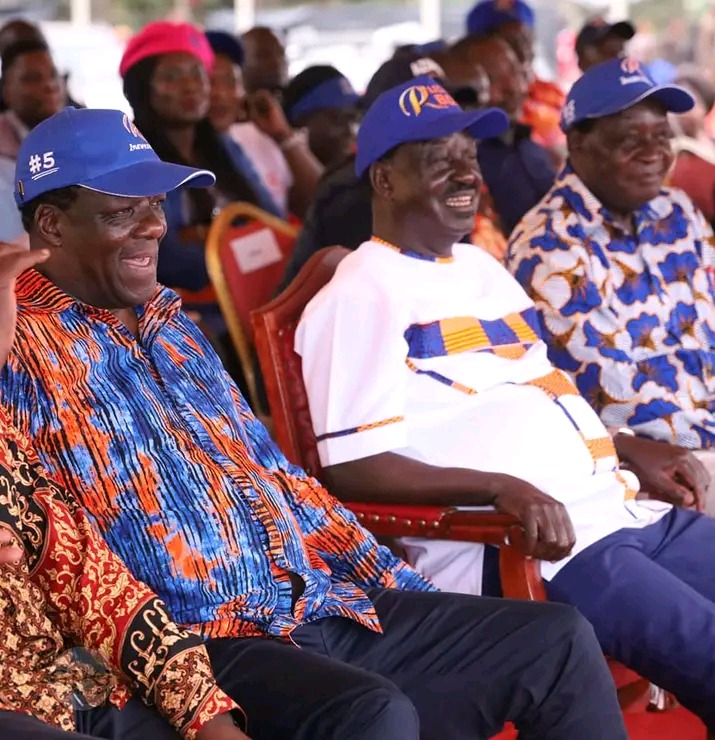 Seating Kakamega governor has lamented on what he saw from the crowd and pitied his former allies from Kenya Kwanza.According to him, majority of Vihiga county people were banking on Raila as the next president and not supporting Mudavadi's side. 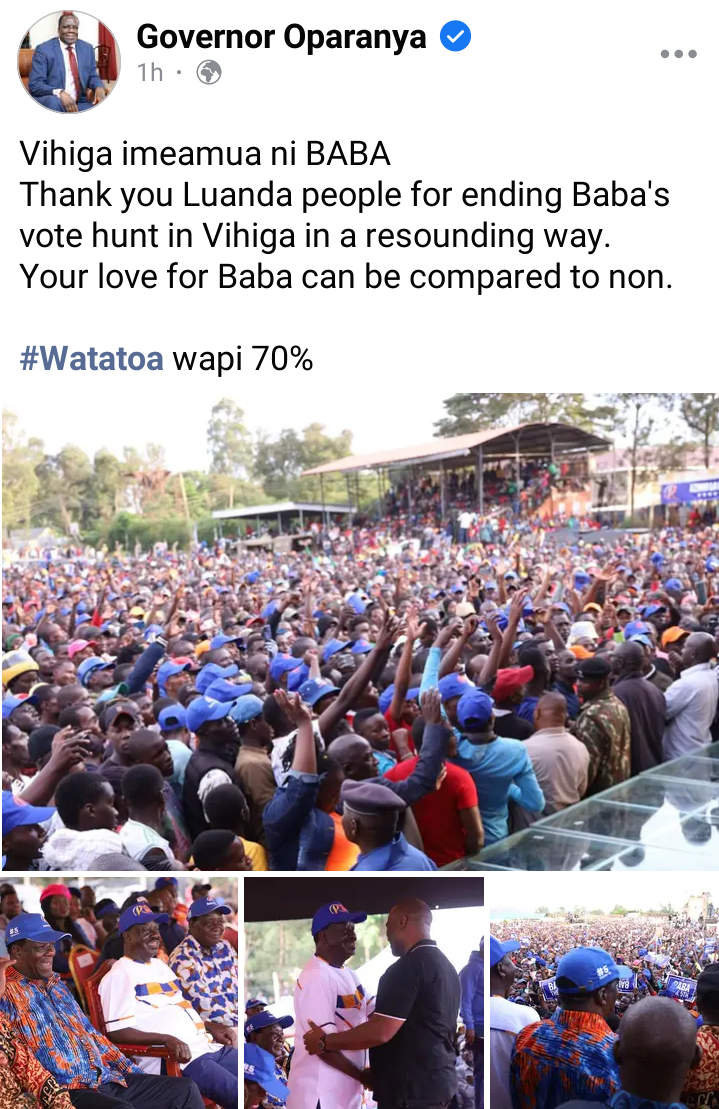 It is clear that Kenya Kwanza signed a deal with both Mudavadi and Wetangula whereby the duo were expected to bring seventy percentage votes from Western Region of this county.But to Oparanya he has belief that this was impossible as per what happened today.

Writing on his Facebook account, Oparanya has also thanked the people of Vihiga for ending Raila's hunt for votes in Vihiga in a resounding way.He added that the love of Vihiga people towards Raila Odinga can be compared to none.

Follow us for More Political updates from Kenya and All over the world.