According to Ayub Savula, Musalia Mudavadi allegedly accepted a bribe in the form of a KSh 300 million villa from DP William Ruto. He added that he was prepared to swear an affidavit in court to establish that Ruto gave the alleged money to the ANC leader. 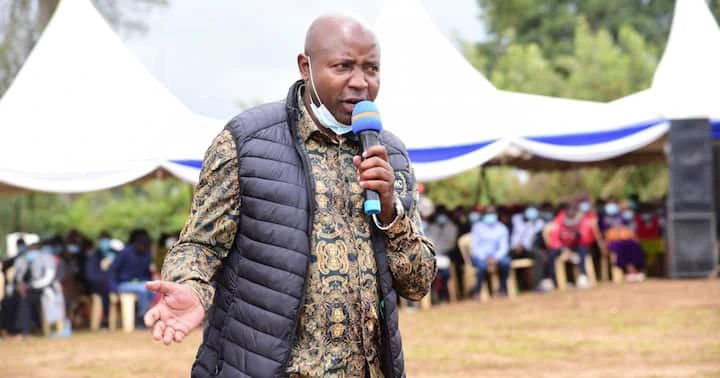 Additionally, Savula alleged that OKA, Raila, and Uhuru had struck a secret arrangement to collaborate on the production of a single presidential candidate. According to Lugari Member of Parliament Ayub Savula, Deputy President William Ruto allegedly bribed Musalia Mudavadi with a KSh 300 million villa to abandon his presidential ambitions.

Savula claimed during a morning radio broadcast that he was informed by Jubilee Party Secretary-General Raphael Tuju that Mudavadi had been handed a multimillion-dollar home. Savula added that he stands by his claims and is prepared to swear an affidavit alleging that Mudavadi was given a property in exchange for withdrawing from the presidential race.

"Malala lives in a house constructed by Ruto in Kakamega. Musalia's house in Karen Tuju, Musalia has informed me, was likewise constructed by Ruto. The secretary-general of the Jubilee Party called to inform me that Ruto had donated Musalia Mudavadi KSh 300 million "Savula stated.

"He contacted me, and I am now able to go in court and give an affidavit. I am fearless. We can go to Safaricom and have my talk with Tuju broadcast. We do not want individuals toying with the Luhya community. Musalia should not have flirted with the Luhyas for all these years if he did not wish to be president "Savula stated. Continue reading at https://www.tuko.co.ke/politics/441150-raphael-tuju-told-me-william-ruto-gave-musalia-mudavadi-ksh-300m-shelve-presidential-ambition-savula/.

Content created and supplied by: dave5 (via Opera News )

God Has Been So Faithful, Says Size 8 As She Finally Shares Her House That is Under Construction