By Wilson_Kimani (self media writer) | 4 months ago 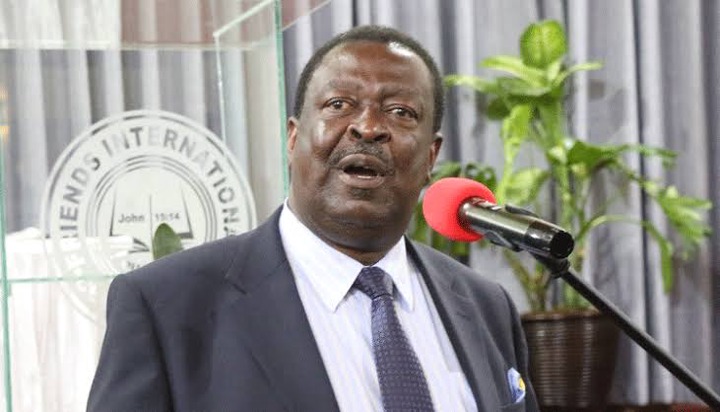 While the former Vice President continues keeping secret of what the big announcement shall provide for Kenyans, he had only five options in relation to his candidature to the Presidential race.

Mudavadi has the best option and the most anticipated one to declare that he shall be running for the presidential race to the end bringing to an end posibility of him supporting any other candidate. This shall be in a consequence of him possibly announcing his exit from OKA.

2. Declaration of Another OKA Principal as Frag Bearer

The next most possible move by the ANC leader is that he would probably lay down his ambition and step down to one of the Okoa Kenya Aliance principal, for example Kalonzo Musyoka as the coalition flag bearer.

3. Declaration of Support to DP Ruto

Recently, the DP Ruto has been seen pleading with the western Kenya community to speak with their kingpin, Hon Musalia Mudavadi, to consider ditching his former allies and work with his this time round. However, Mudavadi has not directly reacted to this call, hence leaving a possibility of him supporting the UDA candidate. In the event he decides this move, he can only become the next DP as William Ruto is barred by the constitution from becoming the DP for a third time.

In a move that is least expected by Kenyans on the strategic entry into the race, Mudavadi can also put his ambition aside to favour the now almost assured candidate, Former Prime Minister Raila Odinga. For three times now, Mudavadi has been pushing Raila for the top position but none has succeeded. However, Raila now seems to have won the hearts of many Kenyans after his Handshake with Uhuru, hence needs a little more support to get victory. Mudavadi's declaration to join him would be a huge blow to his competitors

This is the most unexpected and unfortunate move Musalia would do if he decides. However, his resignation would not attract such a big preparation, in my opinion, hence least possible. It is, nevertheless, a possible option.

Johnstone Muthama Changes Name Ahead Of The August 9 General Elections