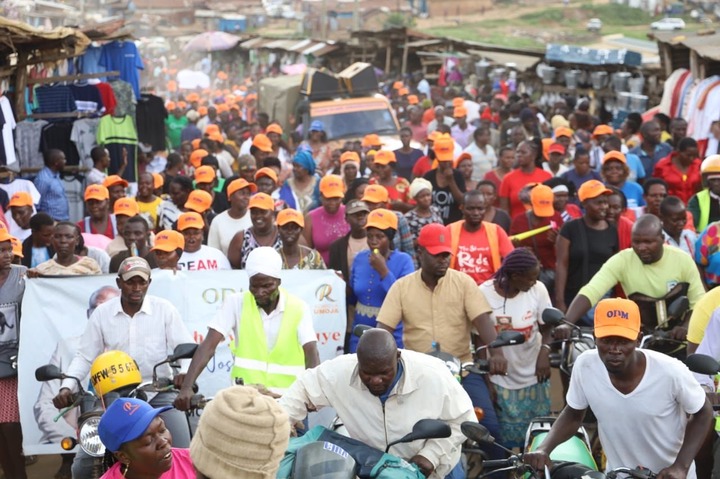 The spontaneous celebrations witnessed during and after the announcement of Madam Martha Karua as the Azimio la Umoja running mate candidate has since elicited a lot of reactions from the Kenya Kwanza side.

Senator Aaron Cheruiyot for instance has now claimed that the mammoth crowd that was celebrating the nomination of Martha Karua as Raila’s deputy was sponsored by the state.

During a morning KTN program on Tuesday, May 17, 2022, the senator dismissed the celebrations claiming that the government by virtue of supporting Raila Odinga wanted to paint the picture of Raila’s event as well received by Kenyans. 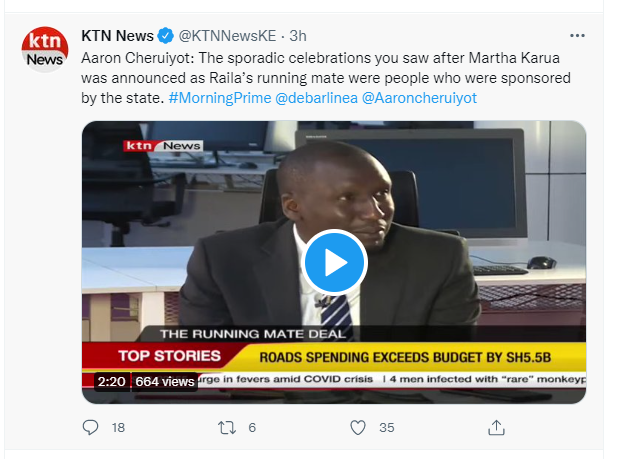 “I have heard my friend Otiende talk about the sporadic celebrations witnessed yesterday however I would like to state that it was sponsored. I even saw some people trooping to a certain stadium in Kiriyaga to celebrate. Who doesn’t know that all that was sponsored by the state,” said Cheruiyot.

The Kericho senator further alleged that even the bodaboda operators who were hooting in the streets across the nation were all paid to put up a show. 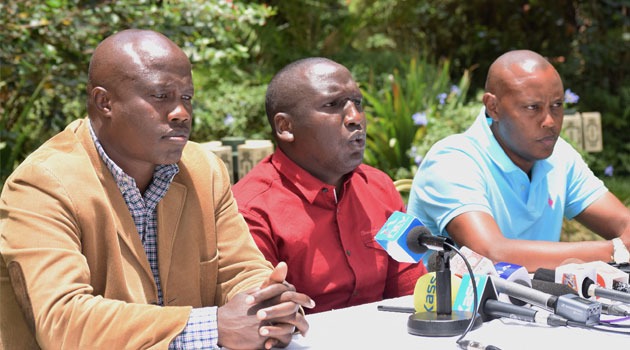 From the look of things, the Azimio unveiling of the running a candidate was livelier as compared to the Kenya Kwanza one. Perhaps it is for this reason that the Kenya Kwanza bigwigs are not happy about it because after all, politics is a game of perceptions.

UDA's Win As Court Gives Greenlight To Their Gubernatorial Candidate

KRA Announces Mass Auctioning, This is Where And How You Can Get Yourself a Cheaper Car Tomorrow