United Democratic Alliance party chairman Johnstone Muthama, has reacted to the latest opinion poll that was conducted in the Mt. Kenya region.

The poll that was conducted by a research firm Mizani foundation placed deputy president William Ruto as the most Preffered Presidential Candidate for the mount Kenya region. Ruto topped with 58% and was closely followed by Orange Democratic Movement party boss Raila Odinga at 27%.

It also placed United Democratic Alliance party as the most popular party in the region at 61% , Orange Democratic Movement party followed it closely at 22% while Jubilee came third at 10%. 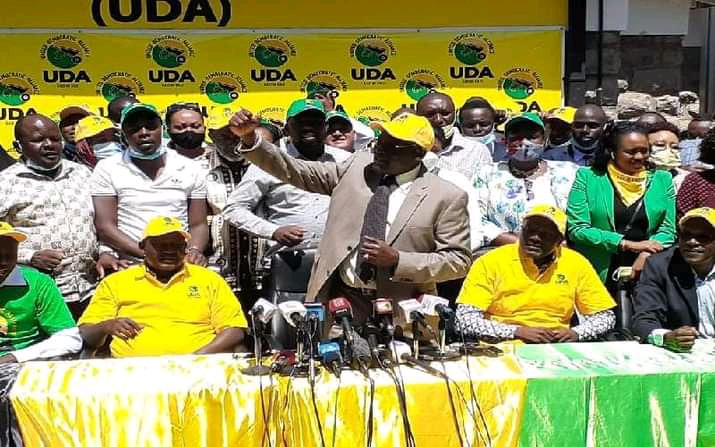 While reacting to this, the former Machakos senator welcomed it stating that it is an indication that Hustlers nation resonates with Majority of Kenyans.

Today's Mt Kenya Poll Release conducted by Mizani Africa gave William Ruto 58% lead over Raila's 27% in Mt Kenya. UDA also enjoys 61% support over ODMs 22% while Jubilee commands only 10%. It's clear that Hustler nation resonates with the majority & Tranjectory is good towards 2022" he posted on his social media pages.

Kenyans reacted differently to this with many sending him worrying messages, they argued that Ruto's support in the Mountain has significantly reduced and this should worry his team. Below are some of the comments. 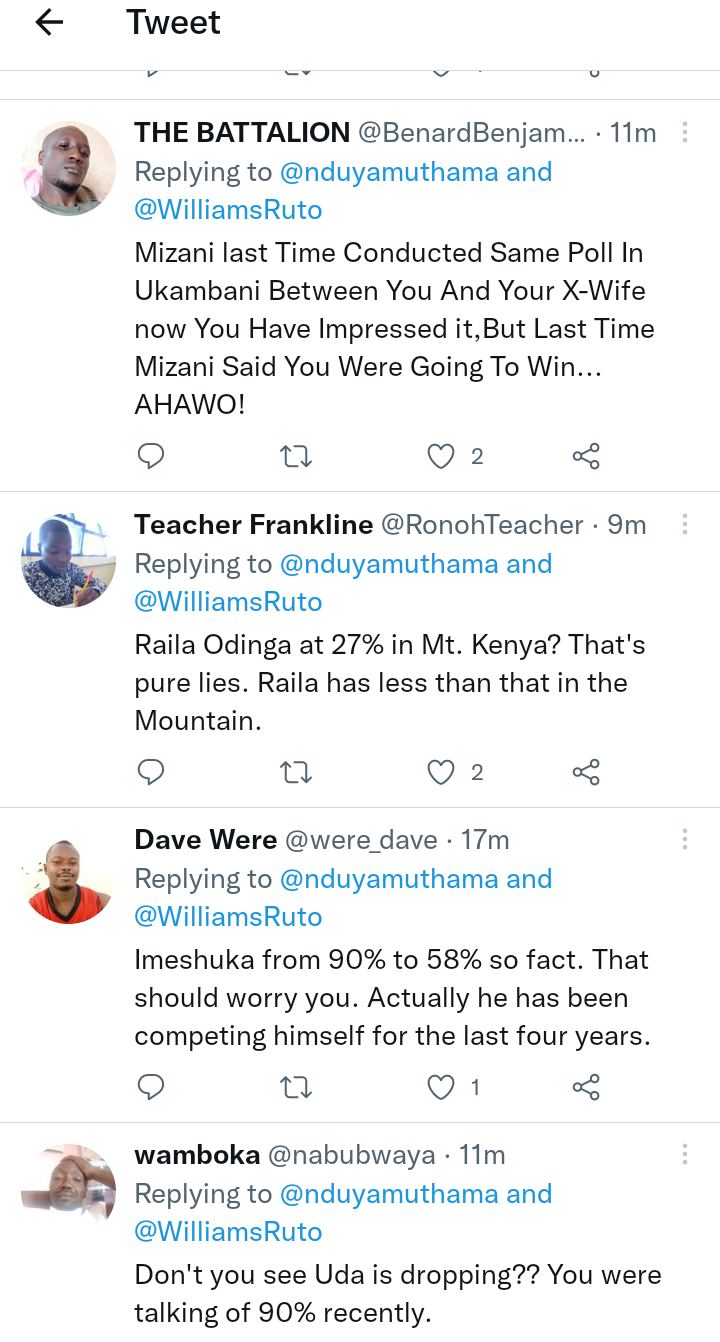 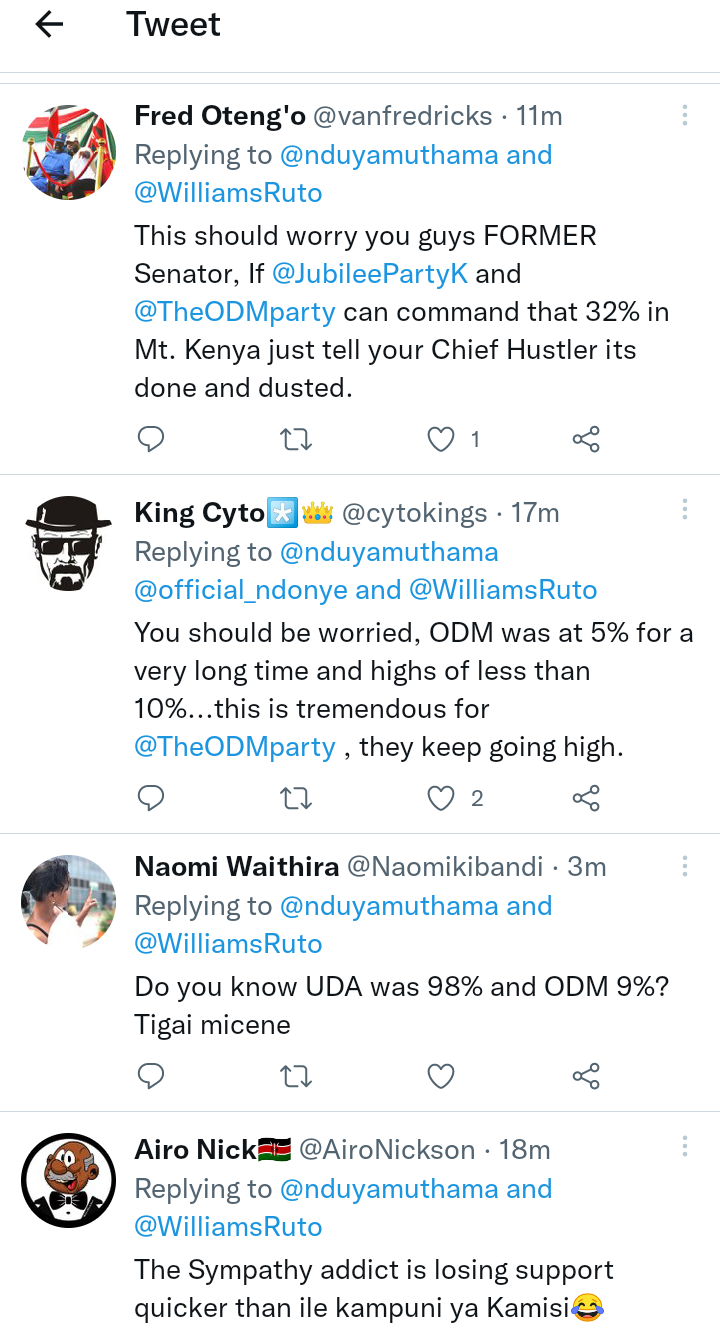