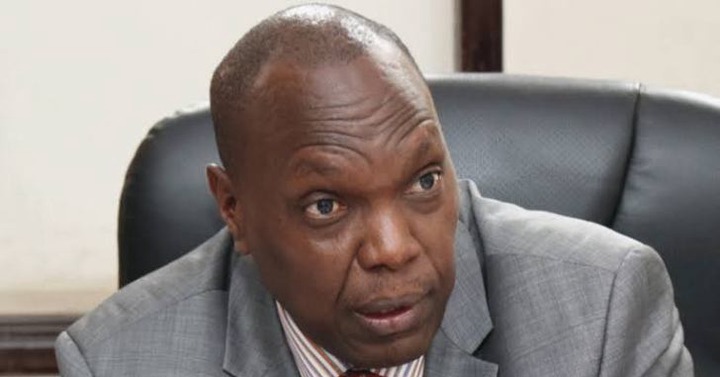 We had a difficult moment trying to sell out and campaigning for Kariri Njamba in Kiambaa. Former Ndaragwa MP Reveals who Spearheaded the defeat of Njamba. And what exactly happened.

Speaking to Citizen TV on Tuesday Night. Kioni confidently said that DP William Ruto and his Brigade, Politically corrupt the Residents of Kiambaa to an extent of chasing them out while campaigning for their Jubilee Candidate.

"Let me first begin by Congratulating John Njuguna Wanjiku for winning the Kiambaa Parliamentary seat. What Kenyans must know, is that the Deputy President William Samoei Ruto and his Tangatanga MPs, they Politically Corrupted the Innocent people of Kiambaa with Propaganda and a lot of deceptions to extend of abusing the President, and chasing some our members from the Coinstutiency."

"We know the cheap Political tactics they used to illegally win the By-elections. In other words I can confirm to you Waihiga Mwaura and the entire public that Tangatanga is robbing Mount Kenya Region by force through lies."

The defeat of Jubilee for the Kiambaa By-election triggered a Political misunderstanding within the Camp. To a level that Kieni MP Kanini Kega, Wambugu Ngunjiri and Sabina Chege were asking Murathe and Tuju to resign for new leadership.

Angry Residents Goes Ahead To Burn Another Police Vehicle

My Friend Splashed Acid On My Face She Accused Me Of Having An Affair With Her Hubby, Lady Narrates