Museveni's son Muhoozi castigates Uhuru for not vying for a 3rd term:" He could have won easily" 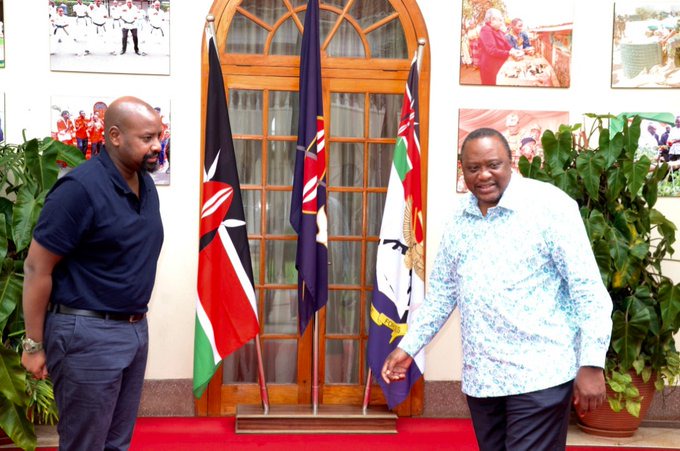 General Muhoozi said that the former president of Kenya Uhuru Kenyatta could have won the seat easily.

" My only problem with my beloved big brother is that he didn't stand for a third term. We would have won easily" tweeted Muhoozi Kainerugaba. 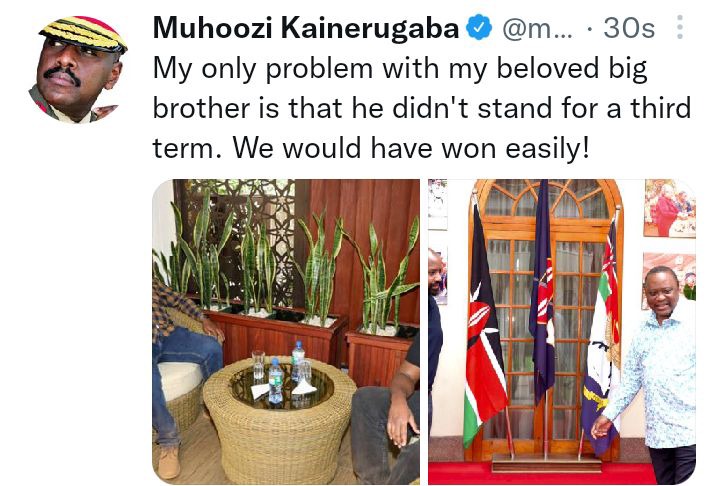 Muhoozi Kainerugaba, who is the commander of Uganda land forces praised the former president Uhuru Kenyatta as an incredible, honesty, courageous and intelligent man.

The son the Ugandan president further revealed that the former president will be visiting Uganda soon.

" Just spoke to my big brother, Afande Uhuru. An incredible man! I love him for his courage, honesty and intelligence! He will visit Uganda soon" tweed Muhoozi Kainerugaba. 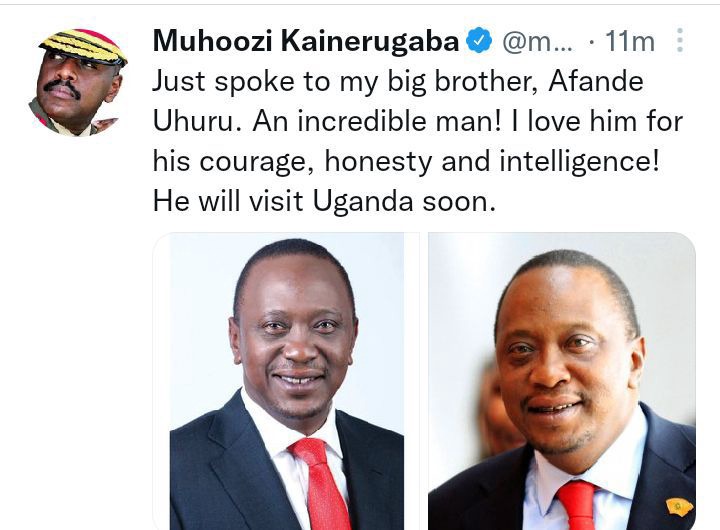 Uhuru Kenyatta served his two terms per the constitution and peacefully handed over to his successor president William Ruto despite backing Azimio presidential candidate Raila Odinga.

Club Rixxos Owner Assaults, Refuses to Pay Employee Salaries as he Claims he is Ruto’s Friend(Video)