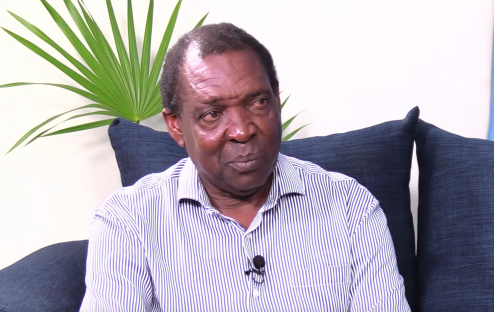 Deputy President William Ruto has been on the receiving end in the past few days after an audio leaked, where he was insinuating that he was at the verge of slapping President Uhuru Kenyatta after the 2017 presidential elections results were nullified by the Supreme Court.

Ruto and his camp have however used the audio to state that it was the DP who made Uhuru the president, and thus he should keep off from his succession and stop imposing Raila Odinga to Kenyans but instead allow a neutral space for all candidates.

Dismissing Ruto's remarks, Political Analyst Herman Manyora claims that he is sympathizing with Ruto over his sentiments, saying that the DP will have an opportunity to prove himself come August 9 on whether he made Uhuru the president.

Through his You Tube Page, Manyora went on to claim that he is of the view that Ruto will lose grip in Mount Kenya Region as the residents are slowly joining hands with the Azimio La Umoja One Kenya camp, which is supporting Raila Odinga's presidential bid. 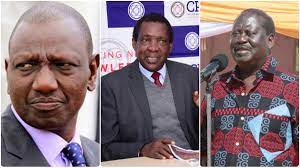 "Let Ruto show us come August that it is him who made Uhuru the president. Let him win the polls, we will know when the polls come out. The fear I have for Ruto is that he will lose badly."

"My most fear and which makes me sympathize with Ruto is the number of Kikuyu voters who will support Raila on August. The will be so many that Ruto will collapse on that day," argued Manyora.

He reinstated his earlier remarks that Raila will be winning the top seat with a huge margin, adding that Raila has climbed Mt Kenya contrary to what his opponents were saying.

Man Comes Out To Vote With A Towel

Just In: President Uhuru Kenyatta Casts His Vote as Mutomo Primary as He Sends Out This Message

Apathy? New Polling Station In Mount Kenya Where No Voter Has Turned Up By 9 O'clock.

JUST IN: Demonstrations in Nakuru County as Youths Barricade Roads Over Suspension of Rongai MP Race