By Msimulizi_news (self meida writer) | 1 months 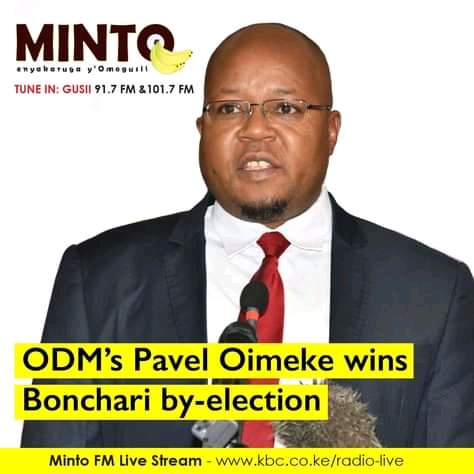 On Wednesday morning, the IEBC's returning officer Benson Ambuko declared ODM's Pavel Robert Oimeke winner of the Bonchari by-elections. He garnered a total of 8,049 votes out of 2,6526 casted votes, a 50% voter turnout. Giving him thirty percent of the total votes.

In the 2nd position was Zebedee Opore of Jubilee who had a total of 7,279 votes; giving him 27% of the votes.

Speaking of his victory, Robert Oimeke who was accompanied by Kissi governor and ODM secretary-general Edwin Sifuna, thanked everyone for supporting him throughout his campaigns and also electing him.

Mr. Oimeke, who was the former director-general of the Energy and Petroleum Regulatory Authority, resigned from his position to contest for the Bonchari vacant seat. His resignation came days after allegations of receiving Ksh. 200,000 to approve the re-opening of a fuel station in Oyugis.

On Tuesday night, ODM accused Jubilee of trying to bribe voters with the aid of police cover-up. 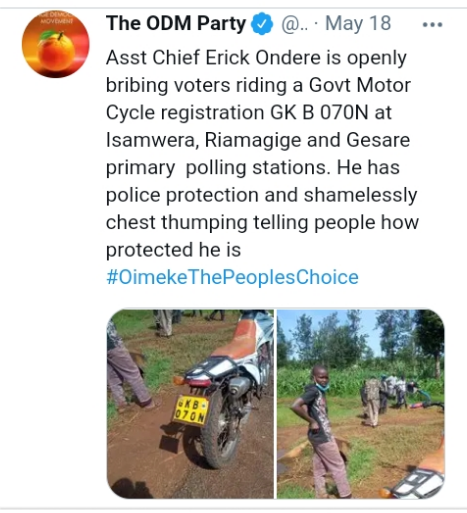 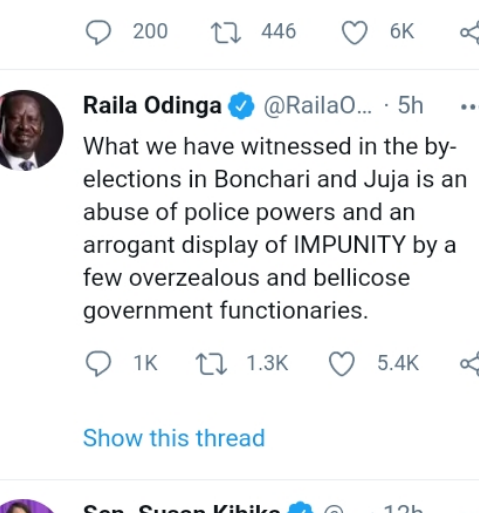 Content created and supplied by: Msimulizi_news (via Opera News )

Nairobi Property Owners To Be Fined Ksh 1,500 Daily If They Don't Repaint Buildings

Two Police Officers Accused Of Killing A Suspect Under Their Custody Released On Ksh 500,000 Bond

"If Ruto Went With Raila in 2013, He Could be on His Second Term in 2022," Political Expert Narrates