Drama happened at Homa Bay County Assembly after rowdy youths attempted to take over the running of the House.

The unidentified group of young people is alleged to have taken charge of the chamber for some time as they denied entry for some MCAs and staff from entering their offices. They further assaulted MCAs who attempted to gain entry into chamber.

One of the MCAs revealed that he drove to the House for duty but when he arrived, he found the gate locked. He parked his car outside and walked in where he found the entire compound deserted. 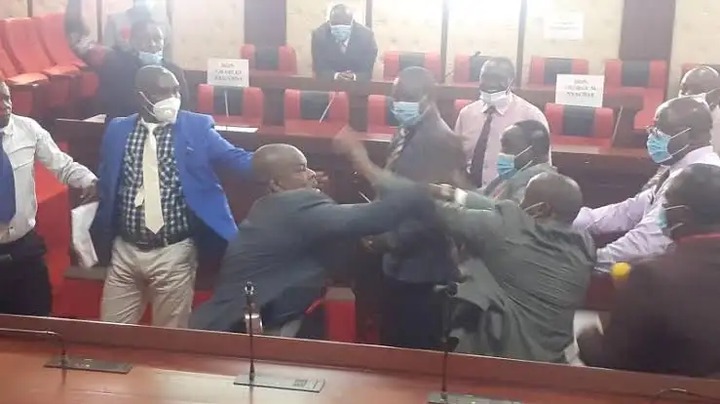 But as he exited the House, he was reportedly attacked by the goons, who wanted to know why he was there. He screamed for help before the youths decided to let him go.

The rowdy youths took away some cash from the MCA.

Preliminary investigations reveal that the youths were hired by some ward representatives to disrupt House business.

Police in Homa Bay have since launched investigations into the matter.

Just in: Four Top IEBC Officials Arrested As What They Were Trying to do is Revealed

What Voters Should Do Immediately After Casting Their votes On Tuesday

Just in:An Interview to be held this evening by Uhuru will deliver farewell to Mt Kenya