By HillaryBwire (self media writer) | 8 months ago

Deputy President's communication strategist and blogger Dennis Itumbi has today opened up on what he went through on 23rd December last year, when he was kidnapped buy unknown people who alleged to be police officer at a Barber shop in Nairobi.

Itumbi who initially worked at the office of President as the communication strategist is a close ally to Deputy President and his UDA party. He is well known for his Hustler Nation Intelligence Bureau Service (HNBS) which exposes secrets about the government and the deep state on his social media accounts.

However on 23rd of December 2021, news broke that the blogger was kidnapped by unknown people while at one of the barber shop in Nairobi. He was found the following day his body having severe injuries and he was rushed to the nearby hospital. He was later taken to Nairobi West hospital where he stayed in the ICU for one week and was released. 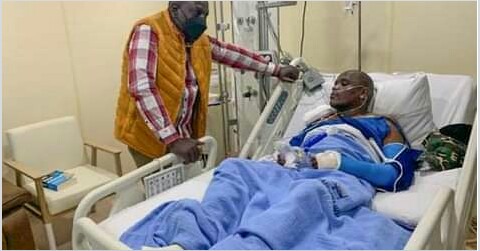 Kenyans all over social media ask a lot of question on how he recovered quickly from Intensive care unit and was released immediately something which is not possible for a person who is severely injured with broken legs and hand.

However today Itumbi has come out for the first time and narrated how the abductors threatened to kill him if he could have screamed and dumped out when it was heavily raining despites the injuries.

One of the abductors told him to change his political persuasion to match that of the Boss, Itumbi said. 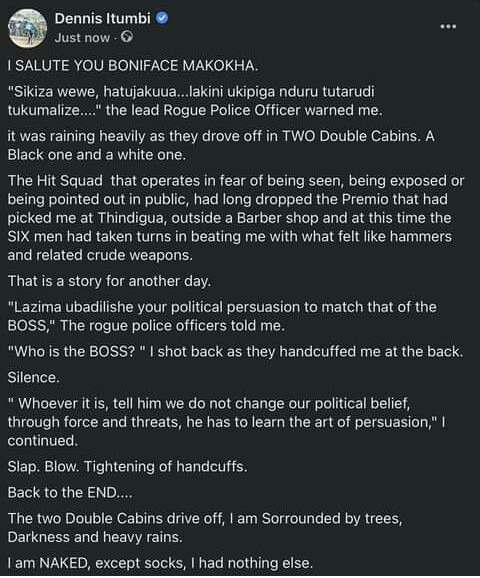 Deputy president allies strongly blamed the police officers alleging that they were involved in that abduction.

Content created and supplied by: HillaryBwire (via Opera News )