Kimilili member of parliament Didmus Barasa is on the run after he allegedly killed an aide to his opponent, Brian Khaemba at one of the polling stations. According to reports from the area, the police have launched a manhunt for the MP after sending a message to him to present himself to the police. 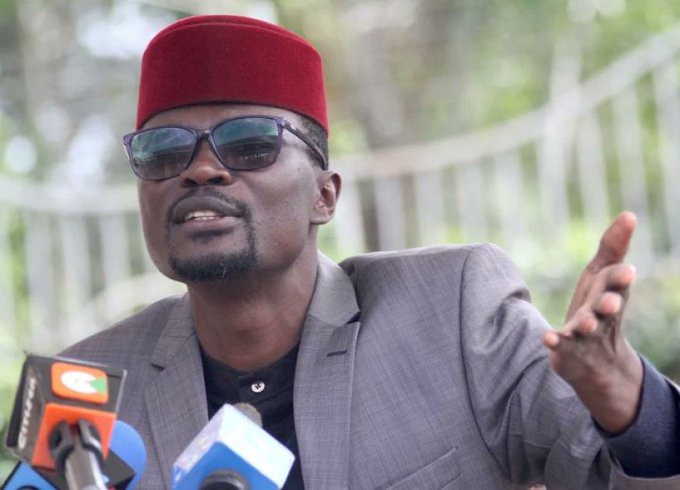 According to reports from sources in Kimilili, Khaemba who seeks to oust out Barasa arrived at Chebukwabi polling centre at 6pm to witness the counting of votes where he met Barasa. This made him change his mind and left a few minutes after arriving. Khaemba was vying through the DAP-K party.

A report by the police said that as Khaemba was heading to his car Didmus Barasa followed him with other four men who he ordered not to let Khaemba leave the polling station. Joshua Nasokho who is the driver to Khaemba however ignored the order given by Barasa and ignited the car ready to leave. That is when Barasa drew his pistol and aimed at Khaemba's aide, pulled the trigger and killed him after bleeding profusely.

“Didmus Barasa withdrew a pistol and aimed at Mr Khaemba's aide namely Brian Olunga and shot him on the forehead where he profusely bled,” the police report read in part.

“He was rushed to Kimilili Sub-County Hospital where he succumbed while undergoing treatment. Scene visited by the police accompanied by Scenes of Crime Personnel from Bungoma County, where the scene was processed and documented.” the report read further.

Barasa after shooting the man left the polling station and ran into hiding on realizing that he had killed someone. The police have given a notice asking him to surrender to the police before they get to him. Follow the page for more news updates daily.