By TitusTum (self media writer) | 2 months ago

Deputy President William Samoei Ruto started his empowerment tour of the Nyanza region yesterday . He started his tour by meeting thousands of aspirants who are going to vie using United Democratic Alliance party ticket . The deputy president promised them fair nominations . Women are to pay half the nomination fee while people with disabilities won't pay any nomination fee .

Today the deputy president started his tour to Kondele where he met the trap of rowdy youth who stoned his motorcade . The incident led to the damage of some cows and some people being injured who were rushed to nearby hospitals . It took the intervention if the police to calm down the situation .

The deputy president later speaking in Rongo politicians using the youth for political gain . He said the youth should not be handed handouts to throw stones but be empowered so that they be economically stable and pay taxes boosting the country's economy . 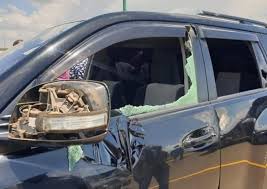 Content created and supplied by: TitusTum (via Opera News )

REVEALED: The Main Reason Why Raila Odinga Said He Will Jail DP Ruto Once He Ascends To Power

5 Bongo Flava record labels expected to take the music to another level in 2022.

The Master Secret of Ages That is Hidden in Your Daily Routine And Will Open The Door to Prosperity.

Did You Know That You Can Kill Rats Using Salt And Detergent? Do This To Make A Rat Poison

What Raila Will Be Doing On January 21