"We Are Concerned" Lobby Group Says, Lists 4 Issues That Might Have Affected Presidential Results 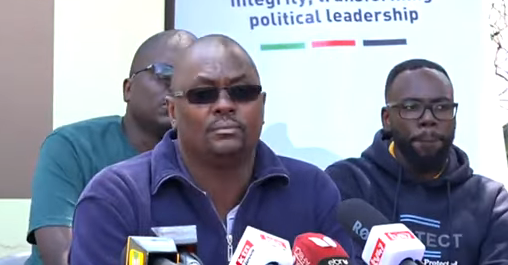 Ruto's main rival under the Azimio La Umoja One Kenya Alliance Raila Odinga, and his brigade dismissed the results, saying that they had been tampered with, and terming them null and void.

They stated that they will be moving to the Supreme Court in bid to challenge Ruto's win.

Speaking to the media on Friday August 19th, Angaza Movement Lobby Group also poked holes in a number of issues that might affected the final tally of the results.

According to them, the fall out of Chebukati and four of the IEBC's commissioners is a weighty matter that should be looked in to keenly, as well as the murder of the Embakasi East Constituency Returning Officer Daniel Musyoka. 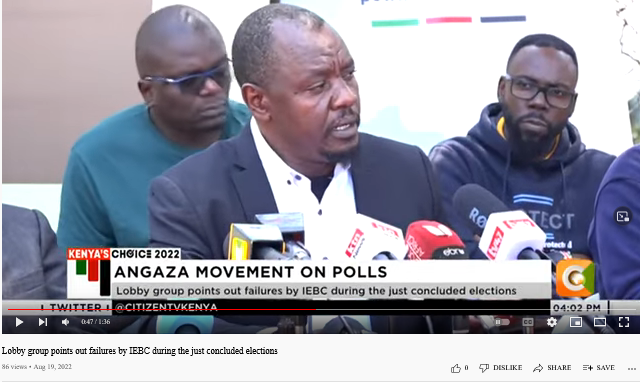 They also said that the failure of the KIEMS kits and the decision of the commission to using the manual registers in such incidents, same to Chebukati's decision to announce the results when all constituencies were not featured, would have impacted on the final results.

"In Makueni, Kakamega Counties and other places, there was massive failure of the Kits, and people who went to vote in the morning did not wait until in the afternoon to cast their votes, as IEBC took over 6 hours to decide on using the manual register."

"We must therefore hold IEBC to account, since they are the ones who proposed this retrogressive administrative action, and when we challenged it, they went ahead to appeal."

The group however lauded Kenyans for maintaining peace before, during and after the polls, further calling upon them to ensure peace prevails despite the Azimio team going to court.