By OkumuJT (self media writer) | 20 days ago

Even while it's clear that Mr. Gachagua is the boss in the hierarchy, there have been symptoms of a power struggle between the DP and Prime Cabinet Secretary Musalia Mudavadi that just won't go away. 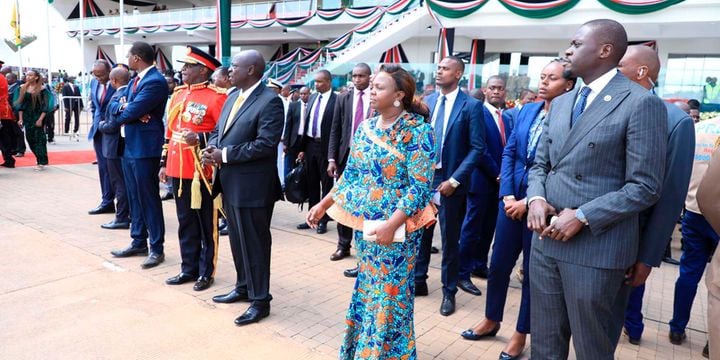 Nairobi Governor Johnson Sakaja and Deputy President Rigathi Gachagua have been engaged in a public verbal battle for some time, but the county executive appears to be caving.

The alliance's cohesion will be put to the test in the coming days by simmering power battles involving senior members of President William Ruto's cabinet.

Other local conflicts, such as the public argument between Betty Maina and Alice Wahome, the Water Cabinet Secretary, are occurring at the local level in addition to the national conflicts. President Ruto requested that the leadership of Parliament create a plan for how disagreements between the two chambers will be resolved amicably during the retreat that just finished in Nanyuki last week.

We should be able to resolve those concerns inside government agencies without having to use taxpayer funds to litigate them in court. In order to pursue the truly critical issues that concern the people of Kenya, President Ruto said, "We have agreed with the National Assembly and Senate majority leaders that despite the matters that are presently in court, we are going to establish a mechanism for an out-of-court settlement."

Content created and supplied by: OkumuJT (via Opera News )