The ODM leader and former prime minister Hon. Raila Odinga has proven to Kenyans of his unmatched influence in Kenyan politics especially during the presidential campaigns. His political prowess has grown due to his selfless acts to fight for a better nation and against an imperial presidency earning him a lot of love and support. 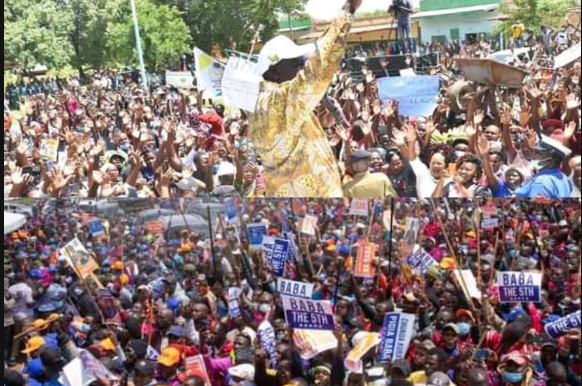 Today, the ODM supremo hit the ground in Narok County where he organized the Azimio La Umoja Chapter in the region to woo the Maa Community in supporting his ambitions as he gears up to succeed President Uhuru after the 9th August general elections. Majority of the Tangatanga allies have been perplexed after thousands of supporters attended the Azimio fete in the Ololunga grounds Narok County. 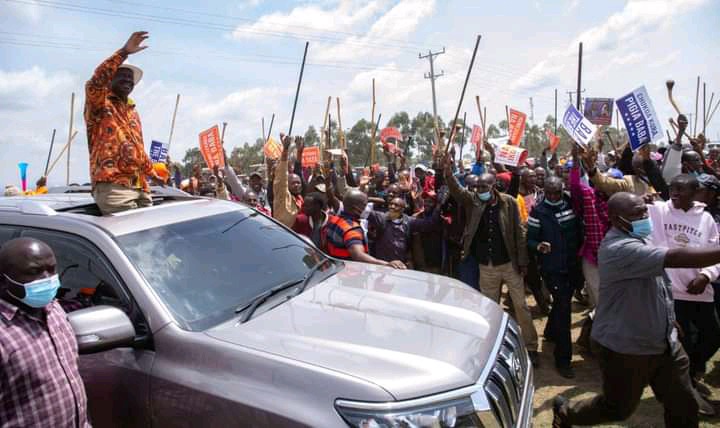 On the other side, William Ruto hit the ground in Makueni County for a record 7th time in the company of top Tangatanga allies. He charmed the locals with a baggage of promise while lauding the Jubilee government's track record achieved through his conjoined efforts with the incumbent Head of State President Uhuru Kenyatta.

Kenyans have been keen to compared photos of the two top contenders eying the presidential seat in today's big rallies to determine their political prowess as rigorous campaigns kick off. 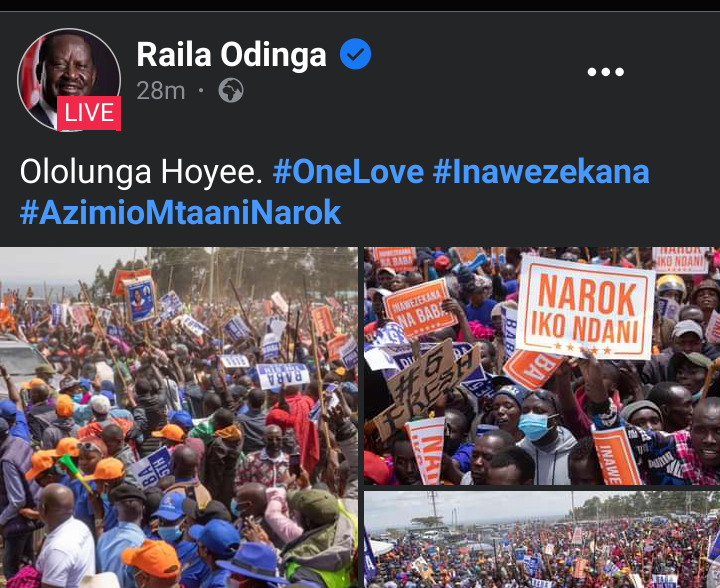 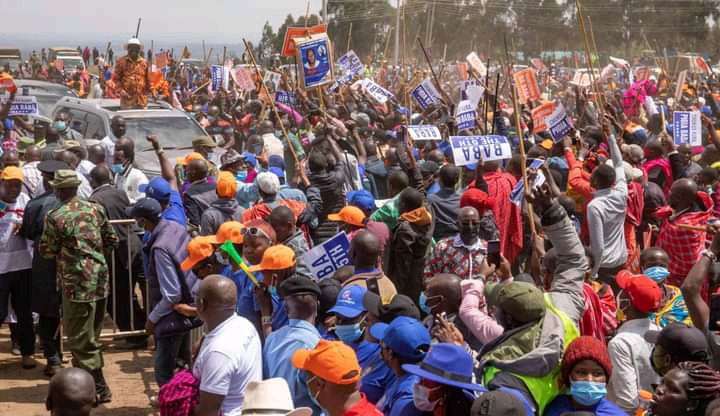 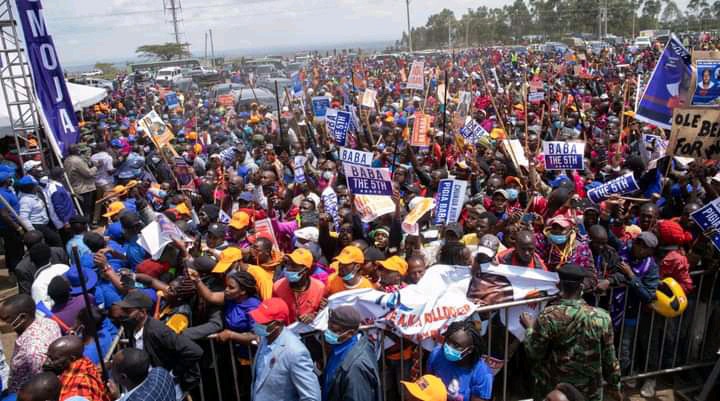 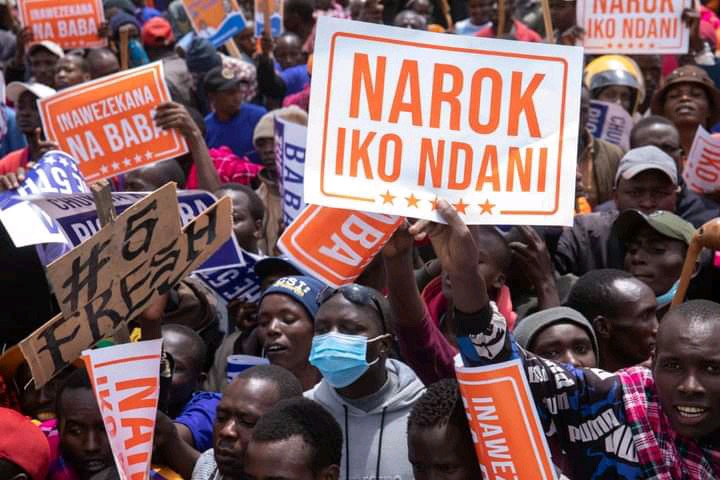 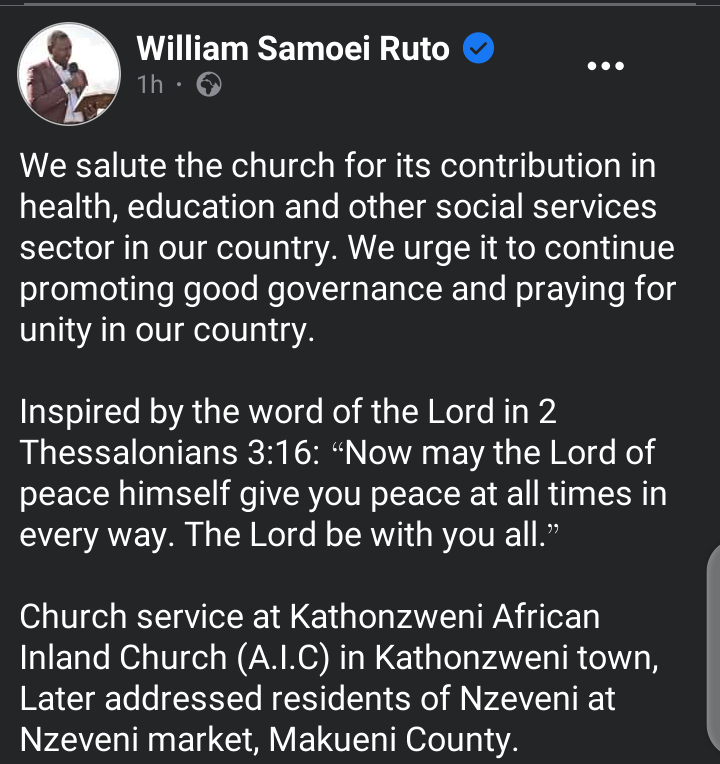 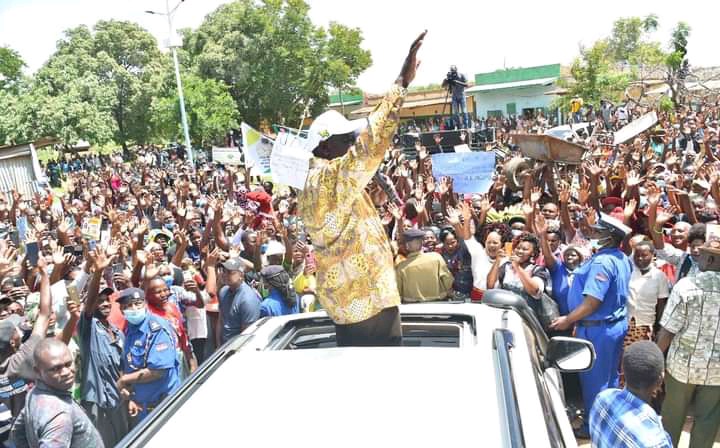 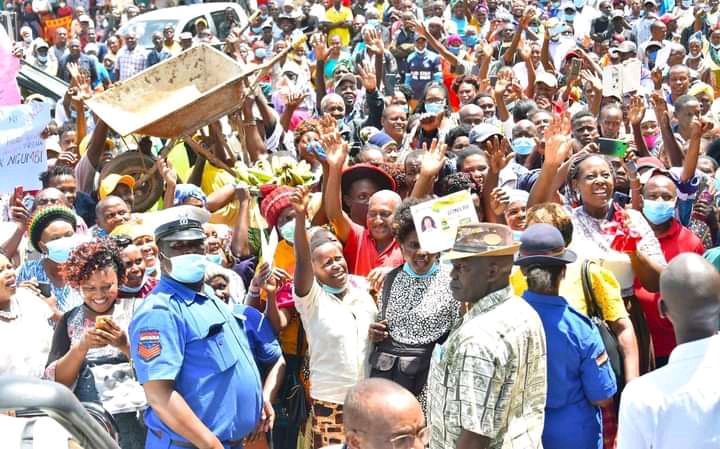 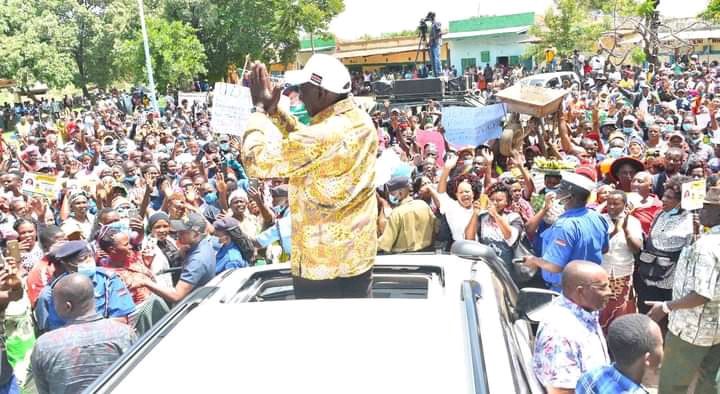