By ke.studio.opera.com (self media writer) | 1 year ago 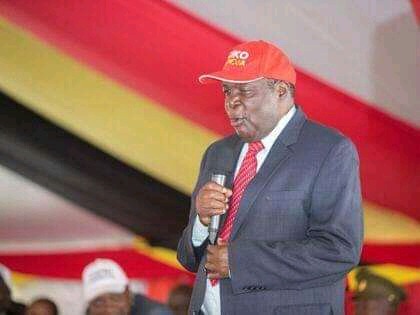 He has seen it all in politics. After all, he has been in the game for almost three decades. And with the 2022 election fast approaching, the veteran politician is not just about to slow down.

Kitutu Chache North MP Jimmy Angwenyi is that man. Today, he is the longest serving MP in Nyanza.

He was first elected to Parliament in 1994 to succeed Zachary Onyonka as Kitutu Chache MP in a by-election.

With the expansive constituency split into North and South ahead of the 2013 poll, Angwenyi managed to make a comeback as he won the Kitutu Chache North MP seat with Richard Onyonka winning in Kitutu Chache South.

In the National Assembly today, Angwenyi is the oldest serving MP. During the 2017 swearing in of MPs, Speaker Justin Muturi joked that the veteran legislator is the "father of the house".

At 75 years, Angwenyi is at the twilight of his colourful Holi career. However, the seasoned legislator has not shown any signs of leaving the stage any time soon.

Dp Ruto: Deep State Will Do Nothing Against Me, Wetangula and Musalia

Wahome Slams Raila and His Allies During Bungoma Tour