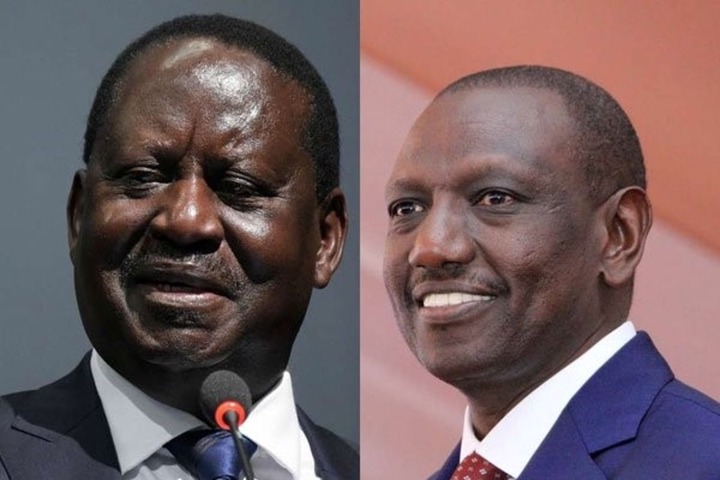 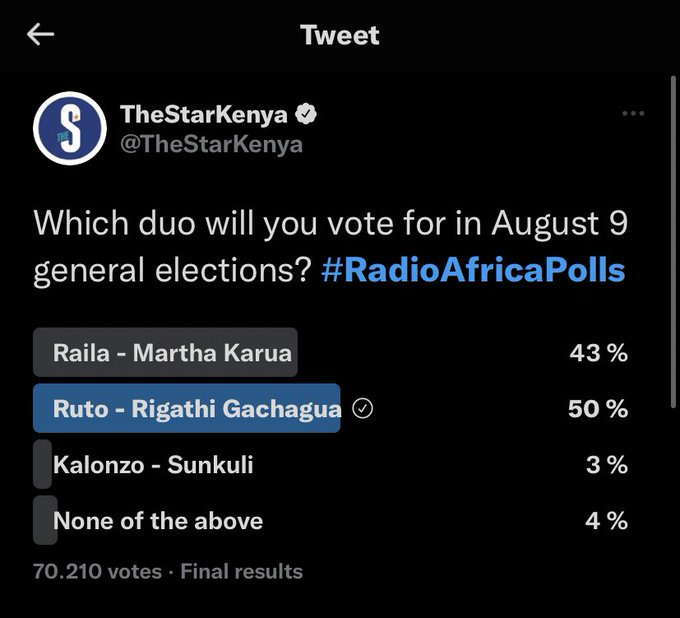 However, according to a recent TIFA opinion poll, if elections were held today, Raila Odinga would be the man to beat. 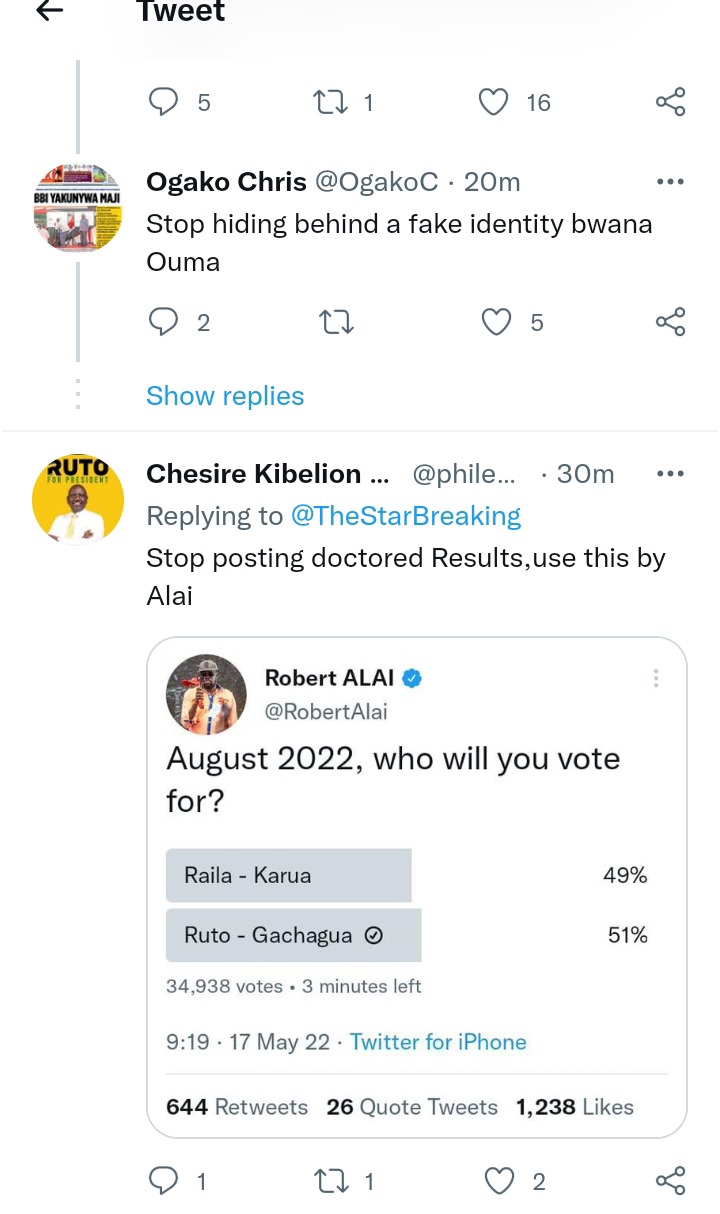 Raila Odinga's campaign may have received a significant boost after naming Narc Kenya party leader Martha Karua as his running mate, making her the first woman to be appointed as a running mate. 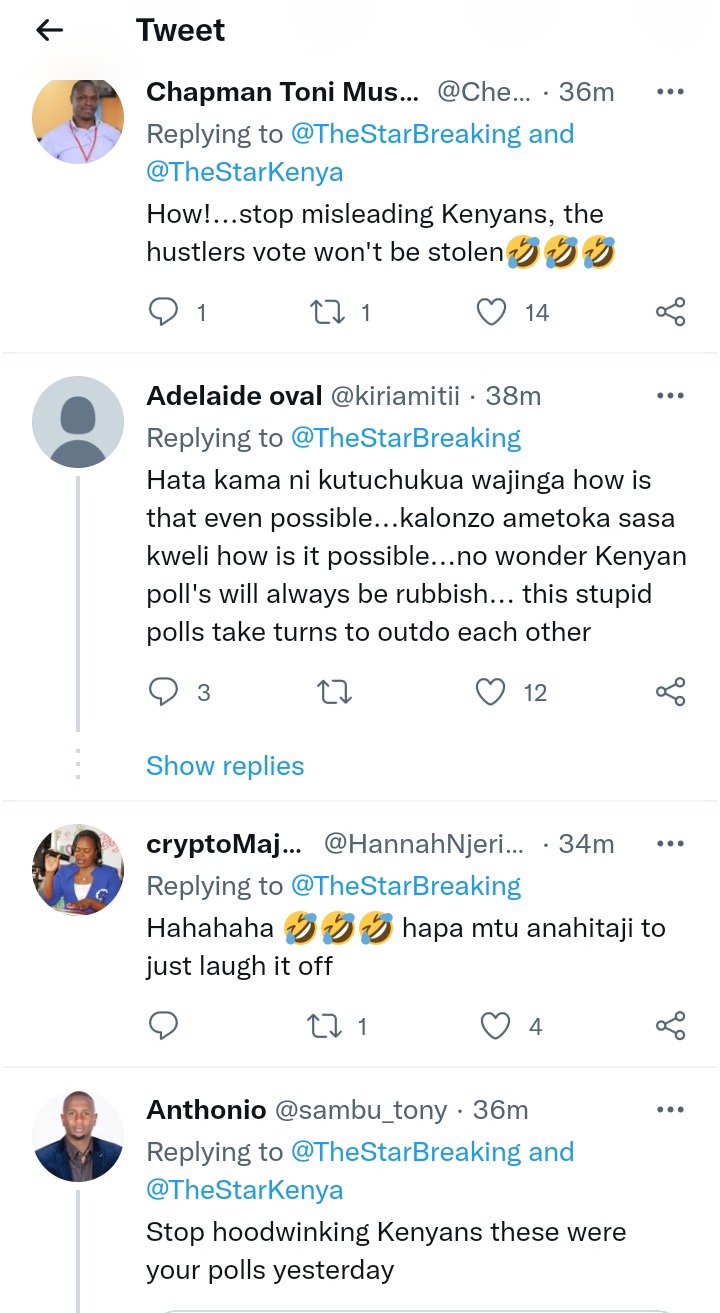 "According to a TIFA poll, RAILA ODINGA is the most preferred Presidential Candidate; 39 percent would vote for him, while DP William Ruto received 35 percent support." The Star Kenya shared the news on their Twitter page. 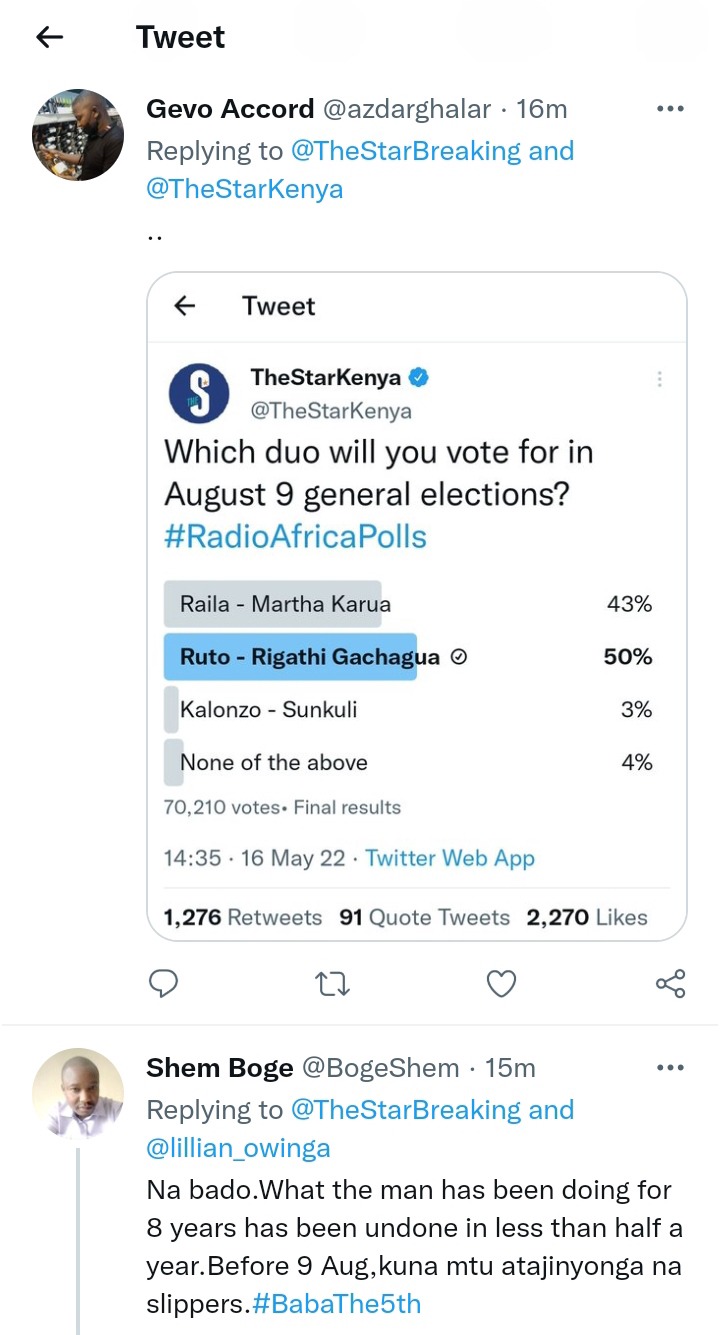 According to a tweet from Star Kenya, the ODM leader is the most popular presidential candidate, with 39 percent of the vote, followed by DP Ruto with 35 percent.