After Raila Odinga's meeting with Cabinet Secretary Aisha Jumwa, there was a brief moment of amusement in Kilifi County during the thanksgiving ceremony that was presided over by Governor Gideon Mung'aro. The event took place at the Kilifi County Stadium. 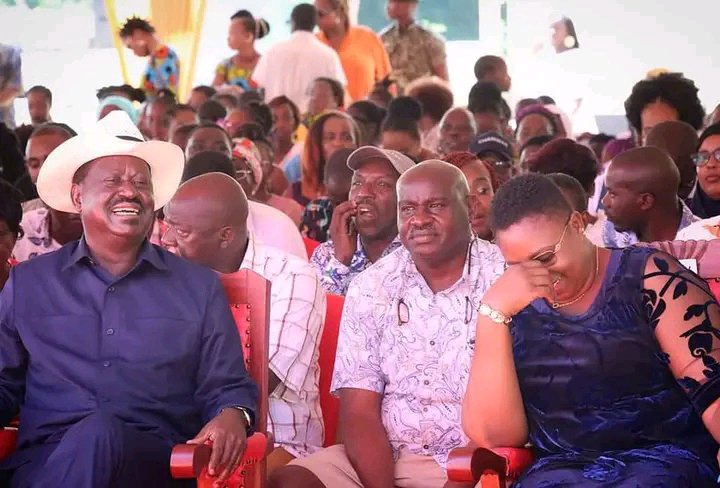 Raila and Aisha Jumwa have seen each other in the coastal region for the second time since the beginning of the year, and this time it's because of the general elections that took place in August. They both create the idea that they are having a good time when they are present at the location in question. 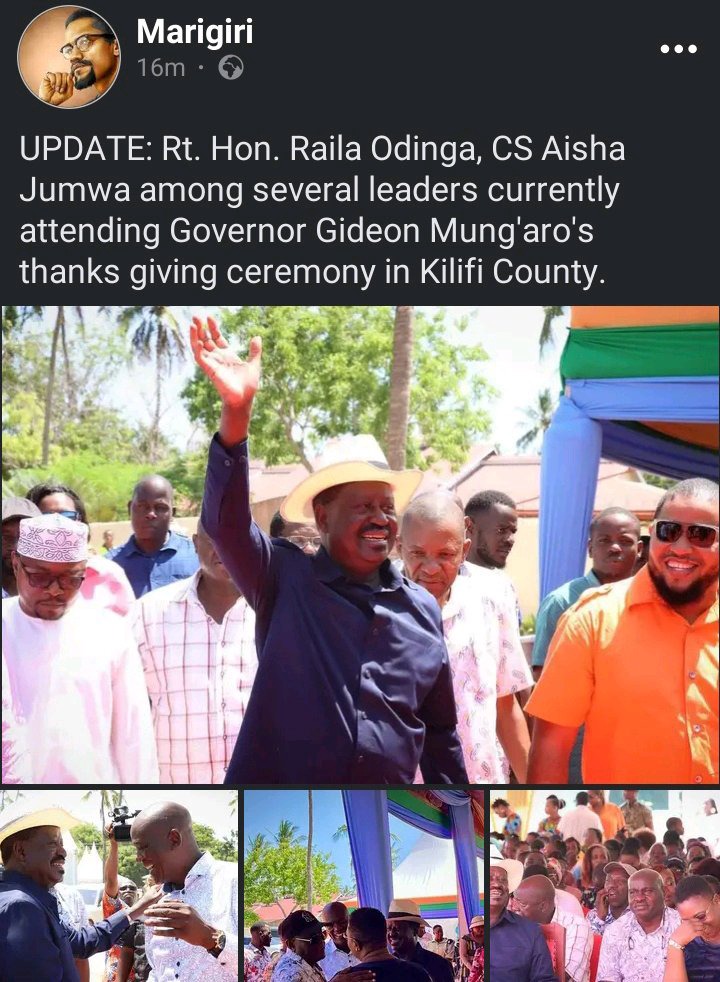 We appreciate you taking the time to read this, and we ask that you please make a remark on this page, as well as click "comment" and "share" and keep checking back for further updates.