By KenyaUpdates (self media writer) | 4 months ago 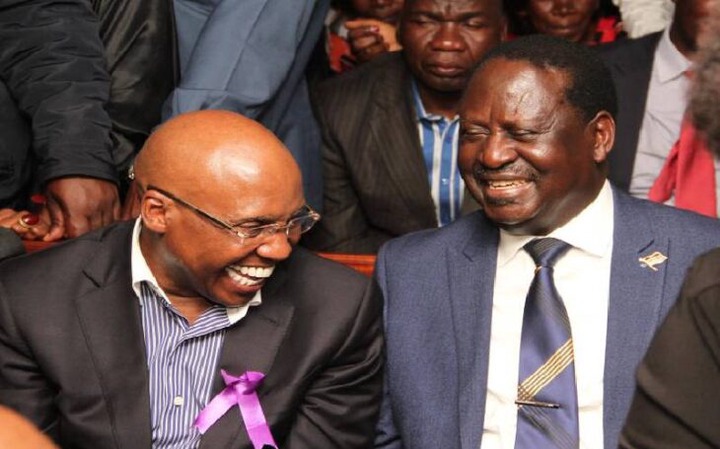 There was drama yesternight as several detectives raided the offices of businessman Jimi Wanjigi in Nairobi’s Westlands in what was said to be part of investigations on an alleged land grab.

The ODM presidential candidate has been at the center of a land tussle after two businessmen claimed ownership of a one-acre piece of land on General Mathenge Road in Westlands.

Wanjigi is now blaming President Uhuru Kenyatta and ODM leader Raila Odinga stating that the incident was politically orchestrated due to his political stand.

He also pointed out remarks he made over the weekend where he castigated Odinga accusing him of dishonesty. 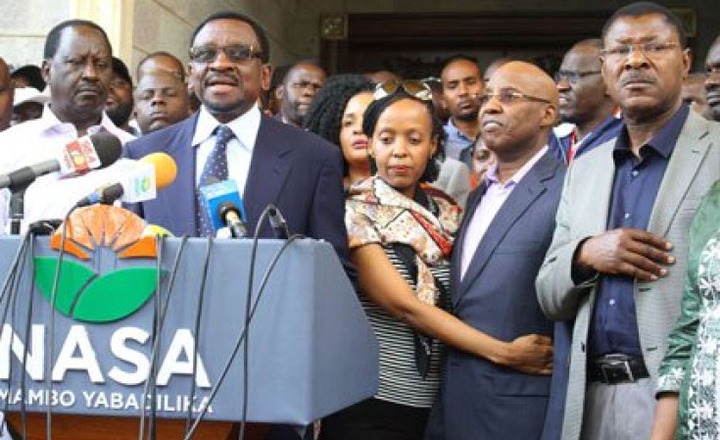 “I tend to believe that it has a lot to do with what I said over the weekend and maybe they have some information of the kind of campaign I intend to launch," Wanjigi who spoke to a local station lamented.

On President Uhuru, the successful businessman blamed him for violating the Constitution to silence political opponents.

"Uhuru Kenyatta just come out and say it. And to imagine that my friend Raila... Raila Amolo Odinga whom I was almost killed for, is sitting with him (Uhuru) somewhere probably enjoying this spectacle is the saddest thing of all," Wanjigi who was an ardent supporter of Raila during the 2017 elections added.

He vowed that he would not be intimidated, and stated that this was similar to the 2017 incident where his house was raided by police the election season. 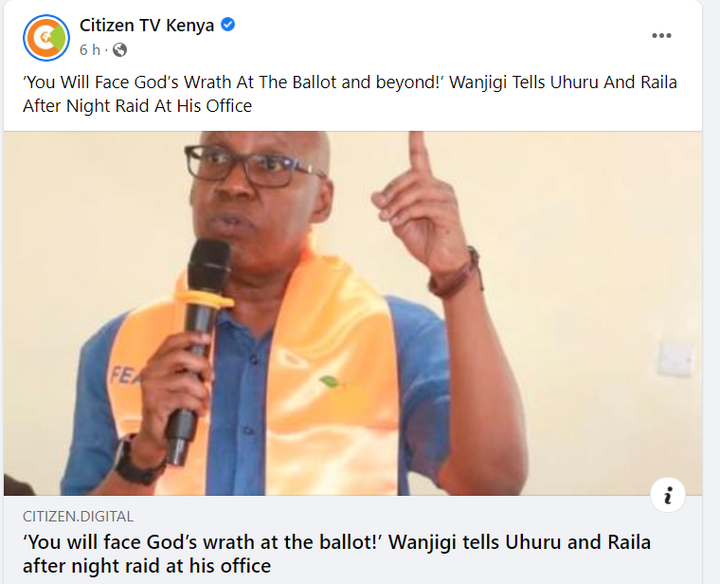 “They tried this in 2017 and they failed. It is the same sought of games where they are trying to intimidate me."

Last year, Wanjigi was thrust into a new controversy after obtaining a court order to have the Director of Criminal Investigations George Kinoti sentenced for failing to honor a court order to return guns confiscated from during a raid at his Muthaiga home in 2017.

All Eyes on Deputy President Nominees Martha and Rigathi in the Vote-rich Mt. Kenya Political Battle

Netizens React as Karua bring Karatina town to a standstill