By Lakeside.co.ke (self meida writer) | 10 days 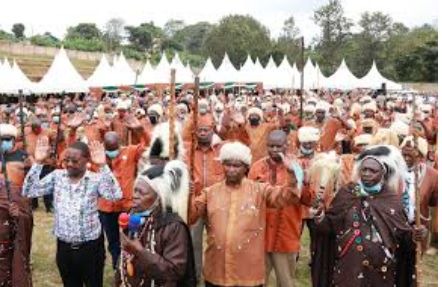 The Kikuyu Mt Kenya elders from Nyeri have today expressed their anger concerning the recent coronation of the National assembly speaker Hon Justin Muturi, where they cited that they don't recognize the coronation agitating that the ceremony was conducted at the wrong venue and time.

The elders argued that even the first Kenya President the late Jomo Kenyatta, Former President Mwai Kibaki, and even the current president Uhuru Kenyatta never set their foot inside the shrine where the speaker Muturi was coronated.

The elders also wondered who the powerful person is behind the coronation as they revealed that the shrine which was used to coronate him is always used by the entire Gema clan just once in a year to pray for the country and should never be used for any reason possible. 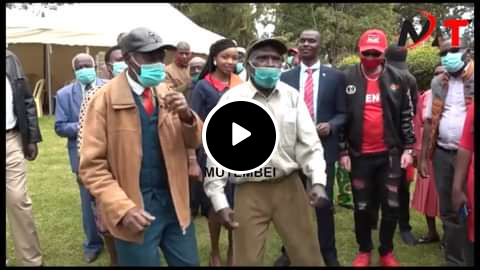 They later requested President Uhuru Kenyatta to take charge of the shrine and the entire mount Kenya as the supreme leader from the region as they give a stern warning for any Politicians to respect the shrine.

Elders from the Kikuyu Council of elders and Kiama Kia Ma say they have nullified the elevation of National Assembly spokesman Justin Muturi as spokesman for the Mt Kenya region.

The coronation was led by Kiama Kia Ma national patron Kung’u Muigai. Then elders announced Muturi would lead the region as the country heads to the general elections.

Though the coronation was condemned by a faction of elders who said it was political and should not have been done at the "sacred" shrine.

What's your opinion concerning the matter?