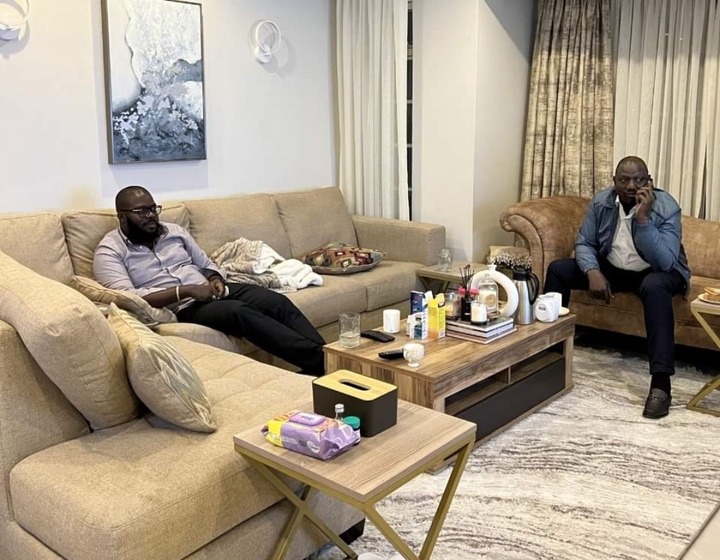 Deputy president Wlliam Ruto today was captured on Camera having light moments with His Nigerian Son in law who jetted into the Country to celebrate with Him following the landslide win, something that has drawn mixed reactions from Kenyans accross all factions who chipped in to weigh on the same.

According to the photo, Ruto who was dressed in His jacket and white shirt and black trousers was holding His phone while speaking with an unknown person while staring sideways in a place that appeared to be having alot of people who were having an indoor meeting in His Home. 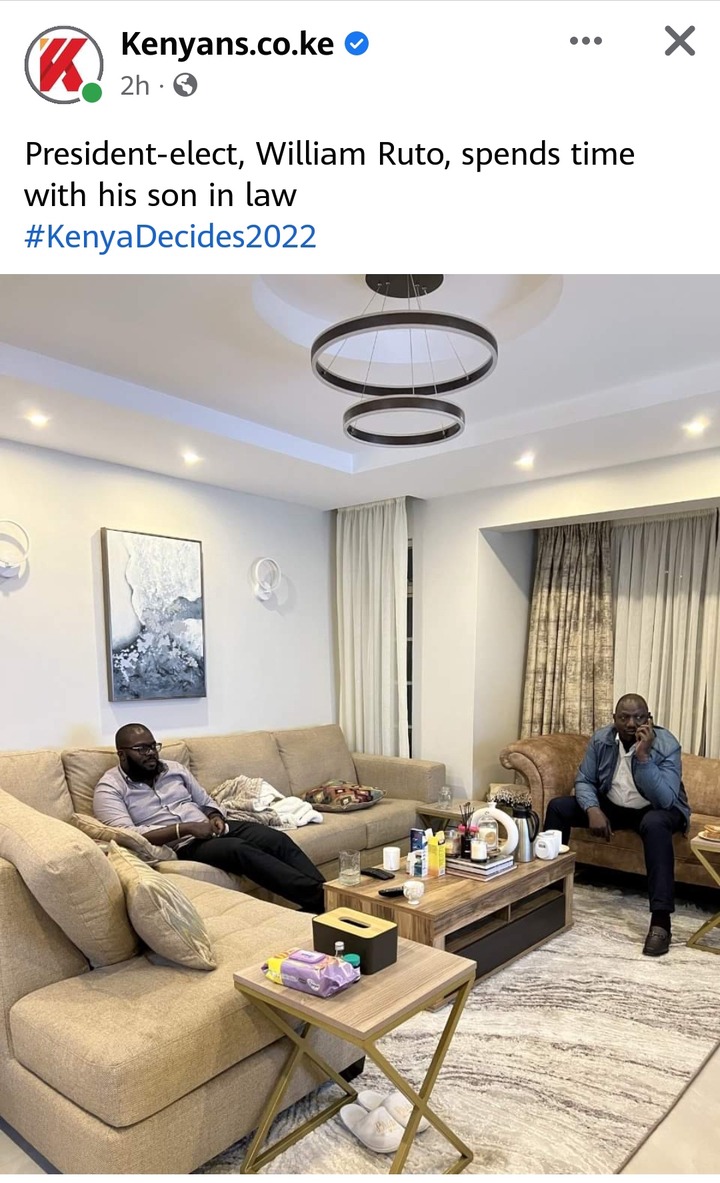 However, the son in law who appeared to be distracted sat on the right side of the Dp and also in a couch with brown leather while fixed His eyes in the front, most likely on a Television set as they kept speaking. On the table was a very expensive jug cups and other things that they used, while having their little conversation.

According to earlier reports, Ruto who had earlier communicated with His own family was to hold an obvious meeting that would drag all of them together, including the foreigner who was also in the list of the attendees. Information from the same source revealed that His entrance into the Country was kept private and also very keen and important following the whole event.

The Man has been very close to Ruto and allies for quite a while now, after getting married to Ruto's daughter, an event that attracted attention of many people in the Country. His appearance in the Country marks a new event, since it's not that easy to give coverages to small events especially to people related to high profile individuals.

Kenyans who also came in to give their comments were of the opinion that Ruto was seeking advice from the Man following His bromance with Him and also get to Gauge His opinions on the political landscape of the country, while others claimed that the Dp may have been issuing advise to Him concerning life, because of the age difference between them.

My Wife Almost Poisoned Me And Rejoiced My Accident, She Wished Me Death For This Reason: Man Shares