Amason Kingi and Raila Odinga in Tussle for Kilifi Votes

By Merlder (self media writer) | 1 month ago

Mr. Odinga was subjected to heavy pressure from the ruling Jubilee Party as well as the church to place blame for the loss of public cash on the district manager while an investigation into the theft of R1.18 billion was being conducted by a special committee of the district council. 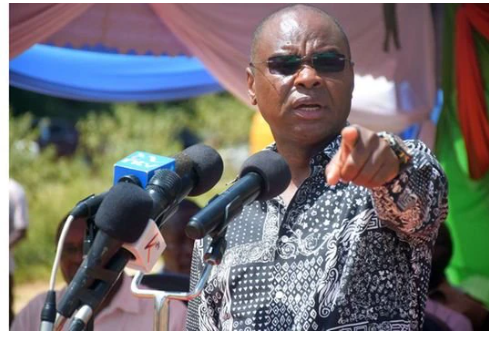 Mr. Odinga portrayed the regional leader as an anti-corruption activist during a press conference that he attended alongside Mr. Kingi, his counterpart in Mombasa, Hassan Joho, and Malindi MP Aisha Jumwa. He suggested that President Kenyatta should model his administration after Mr. Kingi.

Raila makes the pledge that he will arrest the corrupt leaders.

The senior Jubilee leaders' mission at the time was to stir up controversy regarding the government's statements regarding its fight against corruption. The party argued that it benefitted from regional robberies and that it did not have the morale to blame the national administration for leaping because of this argument, which was based on strategies that were utilized by rulers who were sympathetic to Mr. Odinga.

A recent illustration of the maxim that there are no permanent adversaries or allies in politics is the fact that Mr. Odinga and Mr. Kingi are currently reading different political texts. 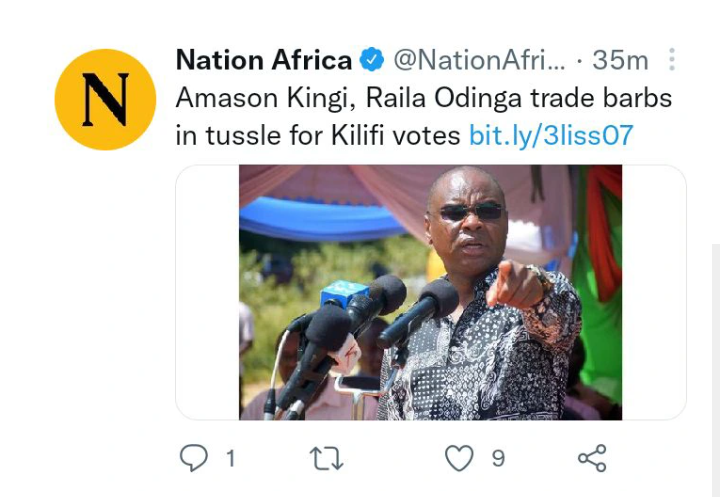 Both Mr. Kingi and Mr. Odinga maintained a relationship with one another.

Kilifi governor appeared to be pulling the trigger shortly after the political coalition deal signed in 2018 by President Kenyatta and Mr. Odinga, which was symbolized by a handshake between the two men. Mr. Kingi, who is currently in the middle of his second and final term as governor on an ODM ticket, stated from the very beginning that he did not get the objective of the Handshake.

Content created and supplied by: Merlder (via Opera News )