By demahom (self media writer) | 2 months ago 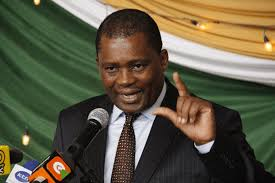 As reported by the Standard Digital, National Assembly Speaker Justin Muturi has hit out at government agencies threatening and intimidating leaders with a contrary political stand to the ruling party.

The Speaker claimed that Kenya Revenue Authority (KRA) officials have indicated that they will scrutinise his tax records after he declared his presidential bid. Muturi said that efforts to harass, intimidate and alienate his supporters would fail miserably since the voters have powers to choose their leaders.

"Threatening people with opening files and investigations should stop. I will stand with the leaders who are being intimidated for supporting me," Justin Muturi." Tweeted by The Standard Digital 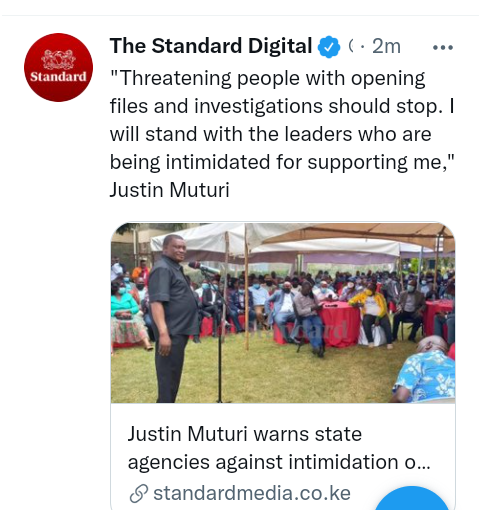