"I may have fallen short as DP to my boss and good friend President Kenyatta, I ask for your forgiveness".These were the sentiments made by the deputy president during the national prayers day where he met and had a " handshake with Uhuru".

The two leaders have been openly throwing insults at one another after the end of their romance following the 2018 handshake between the president and raila odinga.

The unlikely meeting between the two leaders came as a surprise to kenyans especially since they had a handshake. Previously during the state funeral of the late president Mwai Kibaki. 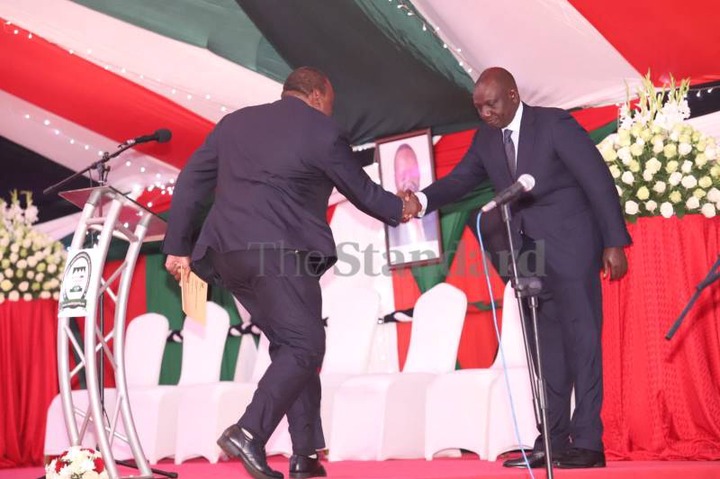 The deputy president went ahead to break protocols by welcoming Martha Karua to the podium as Raila Odinga skips the event.https://twitter.com/ntvkenya/status/1529745648651751425?s=20&t=Qm0XQwQ5YB3bPUSba4rGmQ

The president has openly endorsed the ODM boss Raila Odinga for the presidency leaving his deputy whom he had promised earlier.

There will be stiff competition between Dp Ruto and raila odinga in the coming polls.

Will Ruto's humble gesture earn him votes or will break him in the August poll.