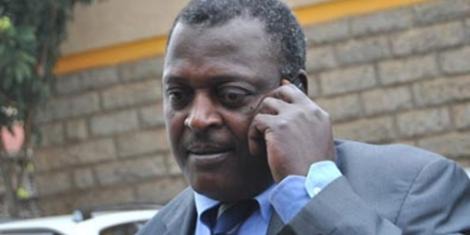 Cyrus Jirongo, the chairman of the UDP Party, has criticized William Ruto, the leader of the UDA Party, for turning down Raila Odinga's request to resign from the Kakamega leadership and back ODM candidate Fernandes Barasa.

During his party's campaign for the Kakamega province on Tuesday, Jirongo stated that Ruto will never be Kenya's president.

Jirongo claimed that Ruto's fame fell after he insulted him, adding that he was resentful of Ruto since he was his superior at the time, but that now he has surpassed him.

"He insulted me at Sita's funeral saying he could organize himself (Jirongo) I don't know, I had asked Uhuru to come here to get his votes because I did not want Ruto but he (Ruto) later said. "He said I was upset because he was my helper and now he has passed me by. You are stupid because I hired you for seven years.

He laughed at the DP saying he had predicted Ruto's political end and that he would never be president of Kenya. He said he was one of the people pushing for Martha Karua to be elected president of Raila Odinga, adding that the party leader Narc Keny was more in favor of Hustler than Ruto.

He said Ruto had been in power for 10 years compared to Martha Karua, adding that Karua's appointment put an end to Ruto's Hustler story.

Cloths Colours That Everyone Has in Their Closet

Donald Kipkorir says Why He Is Loyal To Raila Odinga

Meet The Youngest Women Rep That Surprised Many In The Nation