Raila Odinga's visit in Isiolo was almost disrupted after a section of residents shouted down the county Governor, Mohammed Kuti. The former Prime Minister is at the moment in the northern part of Kenya drumming support for his presidential bid. However, his rally was almost brought to a drastic end after a section of audience showed publicly discontentment and disappointment with their government and shouted at him. Efforts by Suna East Member Of Parliament Hon. Junet Mohammed to calm the rowdy crowd proved futile. Although almost all leaders from the northern part of Kenya graced Raila Odinga's function in Isiolo. However, calmness restored later and the rally progressed well. 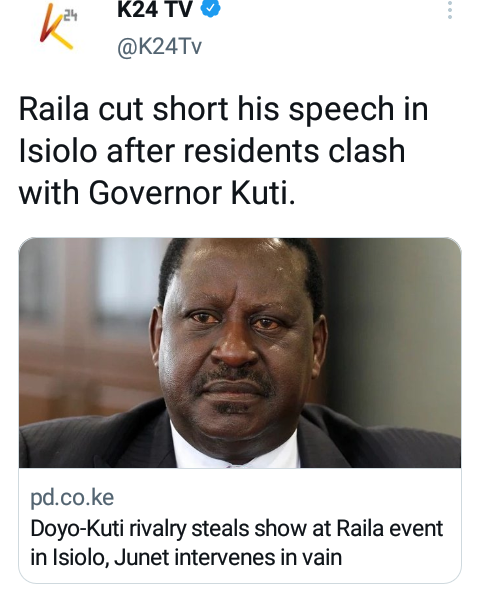 The Former Prime Minister landed in Isiolo accompanied by his ardent supporters and pro_handshake leaders like Kieni Member Of Parliament Hon Kanini Kega. The ODM Party Leader has been busy crisscrossing different counties and his efforts seems to be bearing fruits. 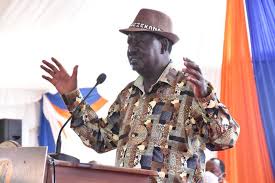