Kenya's political season has officially begun, with all eyes on the year 2022. Many politicians, including member of county assemblies, Member of parliament, Senators, Women Representatives, and Governors, are now fighting tooth and nail to maintain their political posts.

On the other hand, the presidential contest is not far behind, with most major political figures establishing political coalitions ahead of the election. 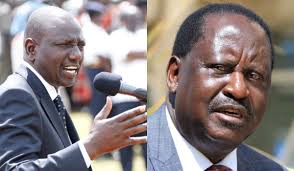 Former Prime Minister Raila Amollo Odinga and Deputy President William Samoei Ruto appear to be the frontrunners in the upcoming presidential election. In many sections of Kenya, the two frontrunners have made advances for their political parties, making them more popular than other presidential candidates. 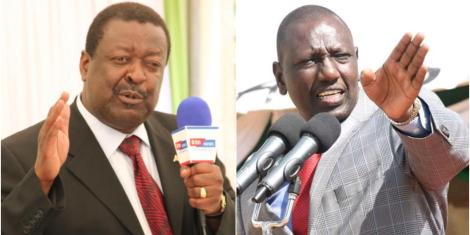 Musalia Mudavadi, the leader of the African National Congress, and the Bungoma Senator Hon Moses Wetangula, the leader of the Ford Kenya party, ditched their One Kenya Alliance coalition and forged a new one with Ruto's UDA party a few days ago.

It was a significant win for the Hustler Nation camp, which had pleaded with the two Westerners leaders to join them earlier.

According to new information obtained from the TV47 Kenya twitter feed, the Amani National Congress party leader did not reach an agreement with the UDA party. Mr Kassim Tandaza, the ANC's Deputy Party Leader, asserted that Musalia had not abandoned the OKA. To imply that the OKA Coalition remains together.

If this is the true, it would be a major setback for the Hustler Nation camp, which had already lost a number of members.

The information from the ANC camp comes as backstabbing waves that is aimed at ending the new marriage between the Deputy president and Musalia Mudavadi. This is also signifies that one of the two flamboyant leaders is being played along.

On the same note, the remained OKA principals, Cyrus Jirongo, Baringo Senator Gideon Moi and Kalonzo Musyoka seem to have moved on after courting Charity Ngilu.