Police officers from Narok North have arrested an IEBC Official Who is reported to have been caught trying to swap results in favor of a UDA Gubernatorial Candidate who had been defeated by a member of the Orange Democratic Movement party. 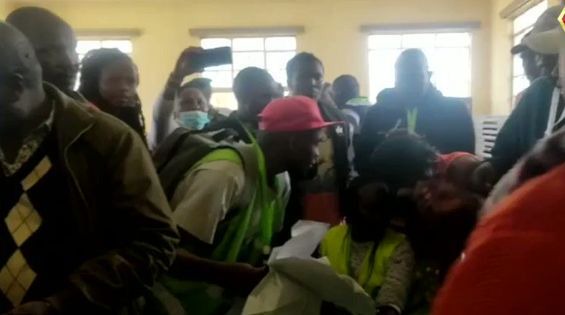 In a news report that has been shared that has by a reliable source of information, it has been revealed that the suspect whose name is yet to be disclosed was exposed by one of the witnesses who reported him to the police officers who reacted by arresting the suspect.

Addressing this issue, police officers who are currently investigating this incident have revealed that the suspect was arrested and taken to the police station for more investigation and questioning over the same incident.

According to the reports given by the police, it has been revealed that the suspect Alegedly swapped IEBC results in favor of a renowned UDA Politician who is reported to have lost.

This is happening at the same time when the IEBC Chairman Wafula Chebukati has urged kenyans to remain calm.

While reacting to reacting to this incident, kenyans who took to their different social media accounts to express their opinions and suggestions on the matter have called upon the police officers to conduct an investigation in order to find out whether he did this to other candidates in the same Polling stations.

According to the reports given by most Kenyans, they claimed that it was so unfortunate that the government is yet to do something about the increasing number of rogue IEBC Officials who are currently being Busted Engaging in Illegal activities despite the fact that the country is waiting for the results. 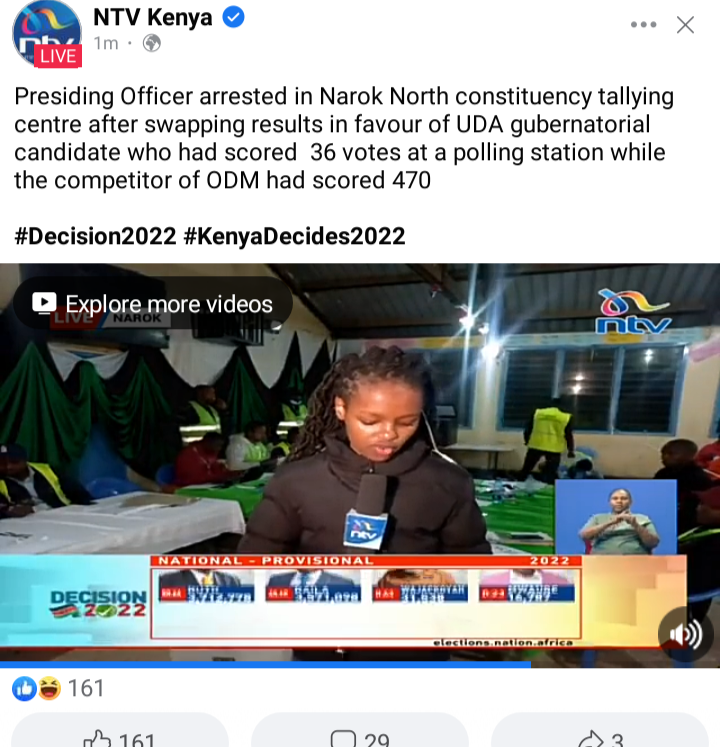 5 Powerful Financial Tips From The Book The Automatic Millionaire.

The New Job That Has Been Proposed For Kanini Kega