By CommandNews (self media writer) | 25 days ago 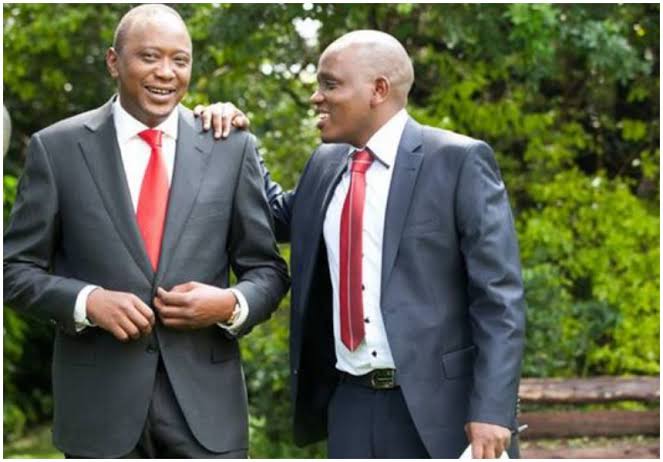 Self-proclaimed hustler spokesman and blogger Itumbi has alleged that two key ministries lack regional balance as one tribe dominates the two top positions of each ministry.

This comes after President Uhuru Kenyatta through State House spokesperson Kanze Dena yesterday announced changes in the ministries with Eugene Wamalwa, who previously served as the Devolution, Arid and Semi-arid Minister, now in charge of the Defense Ministry, Former defense chief Monica Juma, now heds the Energy Ministry and Charles Keter has been handed the Ministry of Devolution which was previously headed by Wamalwa.

And now according to Dennis Itumbi, the President has not considered regional balance with the Devolution and Labour Ministries predominantly led by one tribe.

The former State House digital strategist further alleges that while this is visible in the public eye the National Cohesion and Intergration Commission is silent noting that they are a puppetry commission. 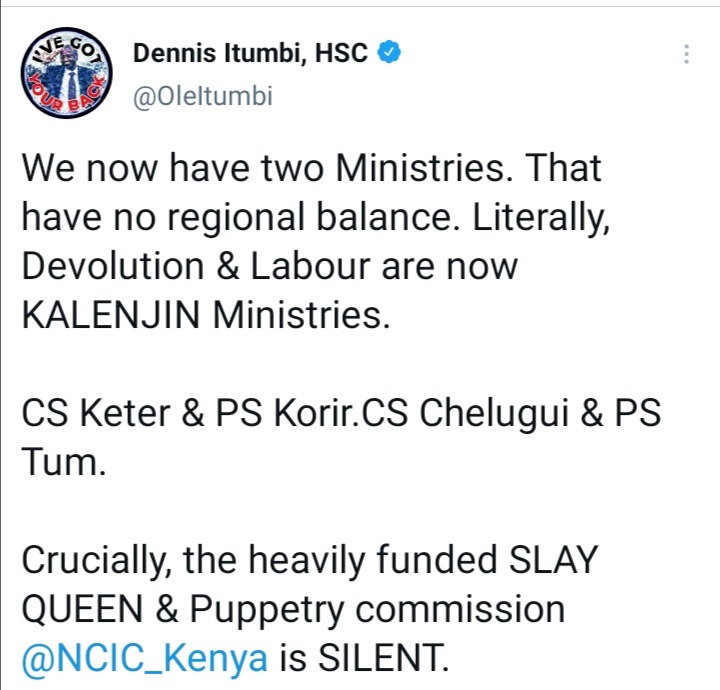