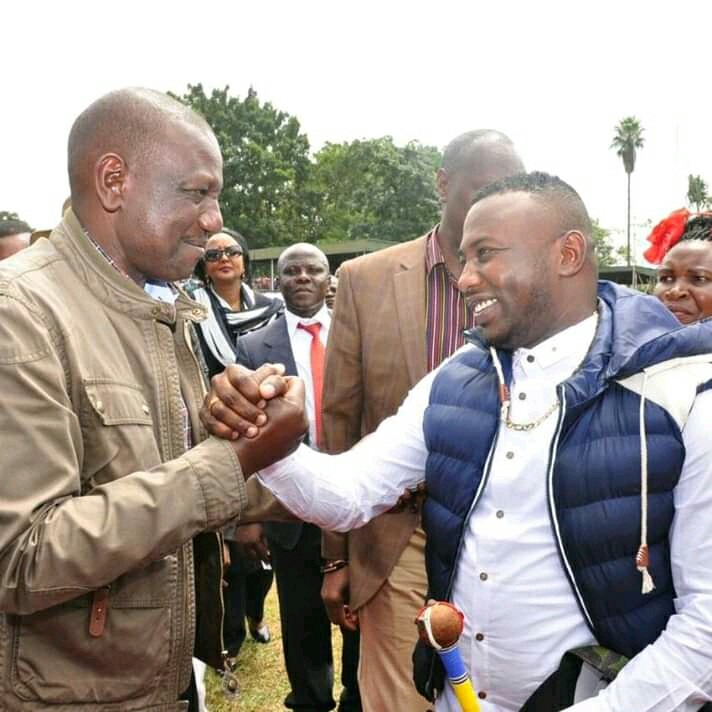 Information has emerged that Lamu Senator honourable Anwar Loitiptip attacked and injured one Mr. Francis Mugo at Manda Airport Jetty on Tuesday evening minutes after DP William Ruto Jetted back to Nairobi. The two had escorted the DP to the airport after three days of popularizing hustler nation in the coastal counties.

Mr. Francis Mugo is one of the youths in Lamu aspiring to contest in Lamu's senatorial race next year on a UDA ticket. He will face off with Anwar in the nomination polls.

While speaking to the media, Mugo said that the senator took his phone by force and in the process broke his sunglasses. He went on to harass him by trying to throw him into the Indian ocean. Luckily, Mugo escaped. 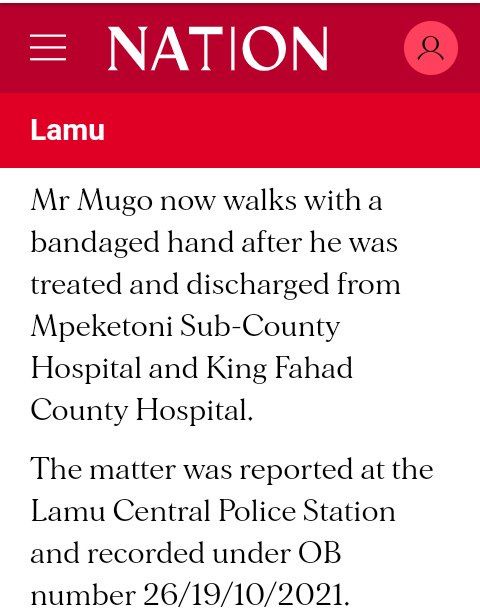 He was badly injured in the right hand and now bandaged after undergoing treatment at Lamu Subcounty hospital. Lamu Subcounty police head one Mr. Joseph Murithi confirmed that Mugo had reported the issue at the station.

Senator Anwar has in the past been involved in such a melee at a club in Nairobi where he tried to rescue Mike Sonko's daughter, Saumu Sonko after she was attacked in the washrooms. The assailants called reinforcement who beat up the senator.

VIDEO: What Ngong Residents Did To DP Ruto's Chopper After Landing In Kajiado County