A renowned member of county assembly from Mt Kenya has accused the former prime Minister of Kenya and Orange Democratic Movement party leader, honorable Raila Odinga along with Azimio of misusing the police who arrested him on claims that he paid residents of Kirinyaga to Heckle Martha Karua

In a news report that has been shared by a reliable source of information, it has been revealed that the renowned politician or rather Martha Karua was allegedly Heckled as he was addressing a crowd in Kirinyaga.

While reacting to this incident, kenyans who took to their different social media accounts to express their opinions and suggestions on the matter have called upon the inspector General of police to consider deploying undercover Cops in this meetings in order to find out whether or not the suspects are often want rent sent by other politicians.

According to the reports given by most Kenyans, they claimed that it was so unfortunate that the government is yet to do something about the increasing cases of politicians who are currently being Heckled in different parts of the country despite the fact that the country is heading to the general elections. 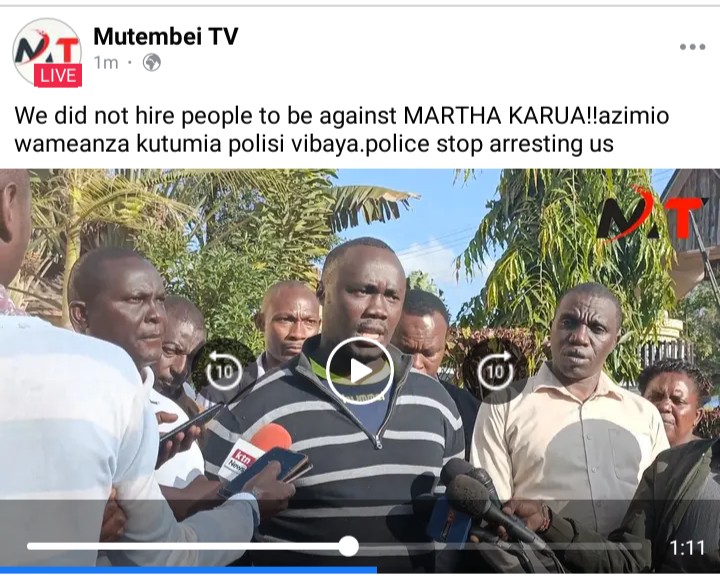