Omanga Fires Back At Babu Owino Over His Remarks On Possible Coalition Between Raila And Ruto. 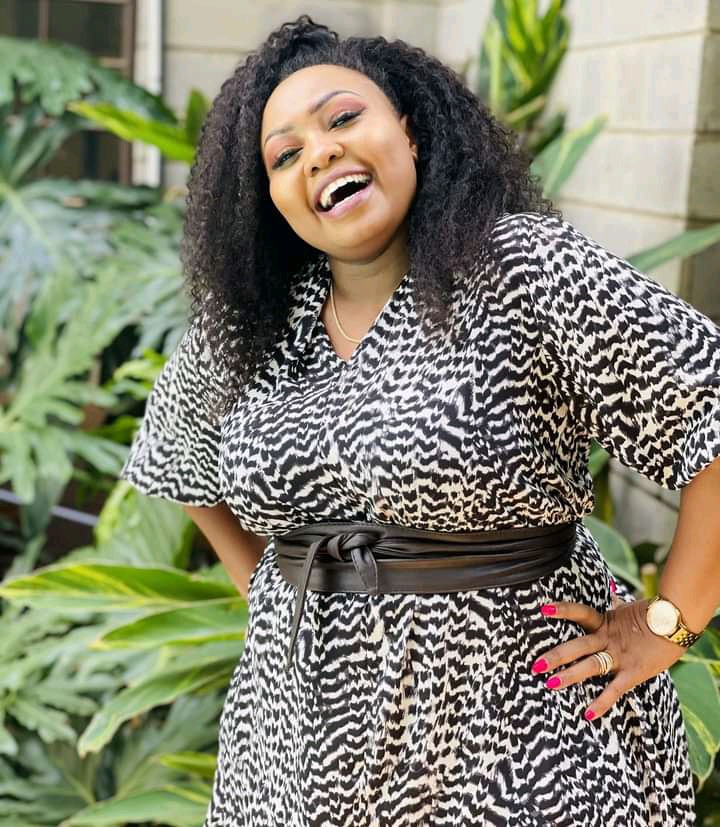 Jubilee nominated senator honourable Millicent Omanga has Agreed with the Embakasi east member of Parliament Hon. babu Owino on whether Raila will be forming a possible coalition with the deputy president William Ruto in eying the leadership position of the country come 2022.

The political rearrangements are taking place according to the Embakasi of Parliament earlier today indicated that the former prime minister Raila Odinga will again work together with one Kenya Alliance to make the next government. According to Babu Owino Raila will be vying For presidency of Kenya being deputised by the wiper party leader Kalonzo Musyioka as Uhuru Kenyatta will be taking up the prime minister position being deputised by the KANU party leader Gideon Moi and ANC party leader Musalia Mudavadi. The deputy president William Ruto has been linked to working again with the former prime minister in ensuring that they take up the government from the president Uhuru Kenyatta the information that has been ruled out by both Babu Owino and Millicent Omanga. 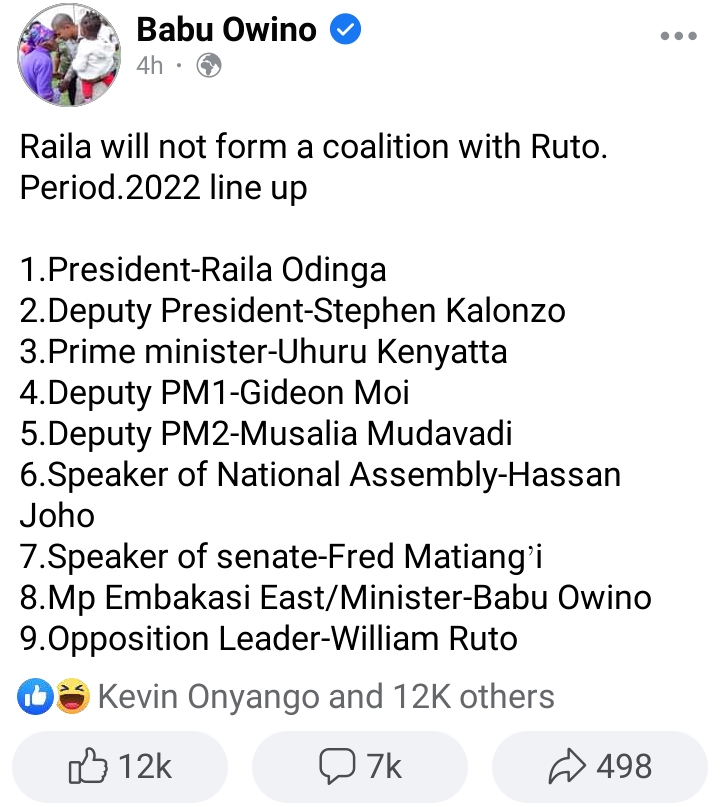 The statement that has attracted the mixed reactions from the kenyans from the social media. The nominated senator Millicent Omanga while too reacting on the Post by Babu Owino, Omanga has strongly clarified that the deputy president William Ruto has no plans on forming a coalition with the ODM Party leader Raila Odinga. 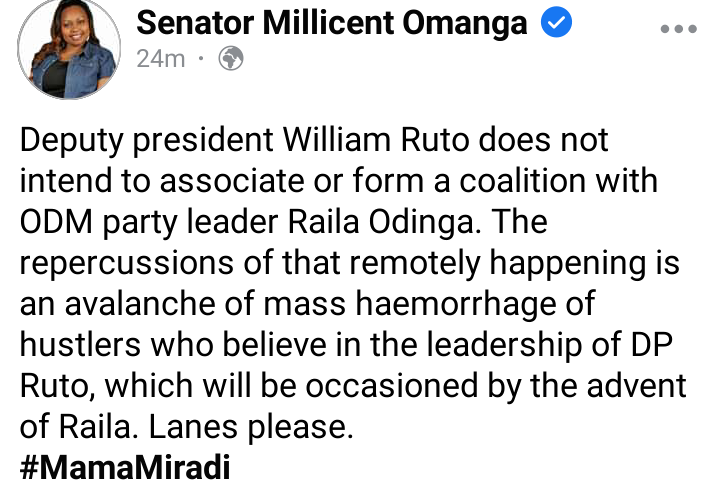 In her statement Omanga cites that the presence of ODM party leader Raila Odinga with the deputy president William Ruto will make Kenyans who believes in the good leadership of the deputy president to drop their support to Ruto and support another coalition where Raila will not be.

Kenyan Artists That Rose Muhando Has Done Collaboration With