Ruto Wins Big As ‘Sipangwingwi' Slogan Is Termed Legal And Has No Hate, DPP Say

After NCIC termed Sipangwingwi as hate speech as far as Politics is concerned DPP boss Nordin Haji has come out clearly and made it so explanable to the Kenyans. 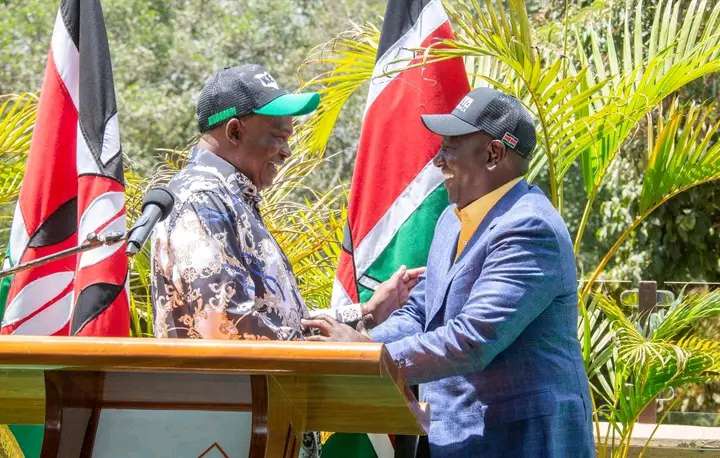 As according to the news published by the Standard Digital newspaper, Haji said that it is not automatically that if someone uses the words banned by NCIC should be summoned by the respective bodies.

“It isn't automatic that anyone who uses sipangwingwi, Madoadoa among other words flagged by NCIC would face charges" said Haji.

This comes when Ruto's allies protested on the same echoing to sue NCIC body for banning their campaign slogan saying that it is disrespecting their Democratic rights.

In his interview with the standard digital, Nordin Haji maintained that anyone can use the words but it depends how and when he/she is using.

This however did not go well with many Kenyans including one of the famous Kenyan Lawyers, Lord Abraham Mutai, who has accussed the DPP boss after protecting Ruto's camp who could face charges.

While reacting on the same issue raised by Nordin Haji, Abraham Mutai said that the leader has failed in his duties.

“Noordin Haji is a power hungry walking contradiction. If not grabbing powers that are not allocated to him in the constitution, he is all over the media misleading Kenyans with little capacity to interrogate his conduct. He is good at protecting corrupt rich friends & Clansmen" wrote Lord Abraham Mutai. 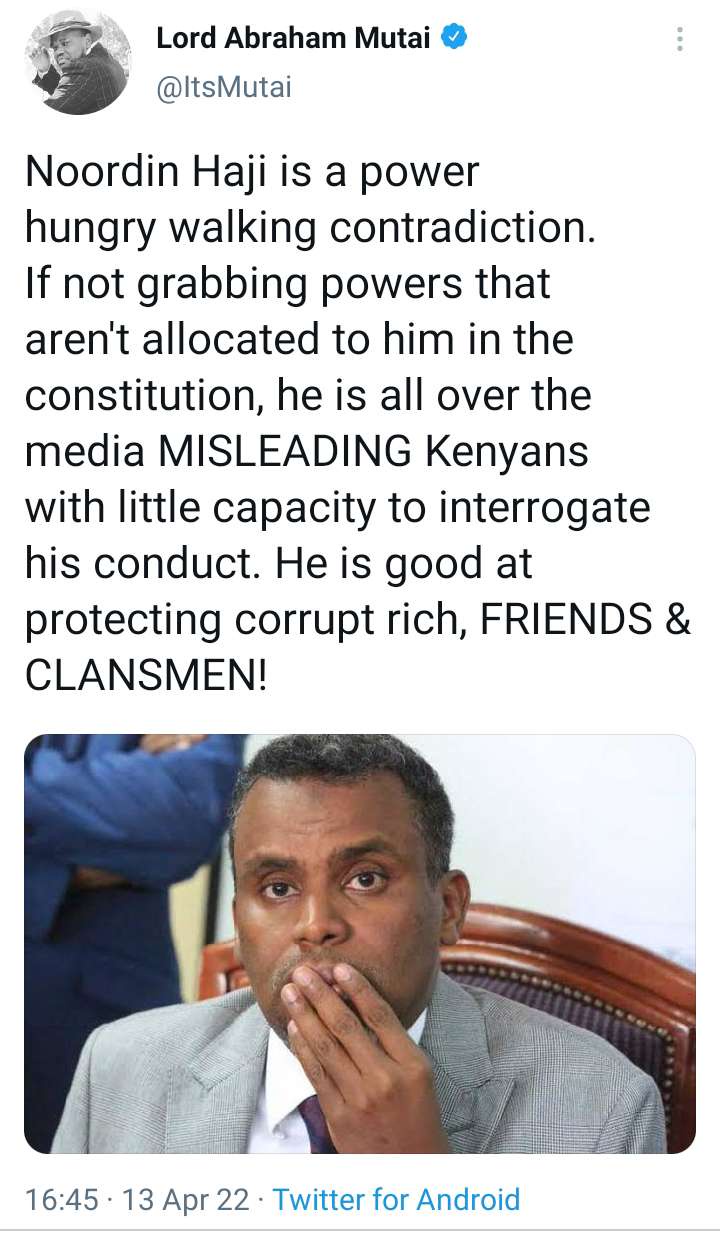 He added that the words which was banned by NCIC had nothing to do with his office but it directly was addressed to those who likes using the words which were termed as hate speech in Kenyan politics.

Do you think Sipangwingwi word is bad to be used in campaigns?

"I Will Easily Accept and Congratulate The Winner" Raila Finally Promises

Raila Odinga Denies Being in Government, Informs Why He has Been So Close to President Uhuru

"Is That Not Hypocrisy" Raila Deconstructs DP Ruto For Attacking His Government, Told Him To Resign

5 Signs That Provess You Are Highly Intelligent