Museveni Apologises to Ruto and Kenyans Over Son's Controversial Remarks

By Wekembetesa (self media writer) | 1 month ago 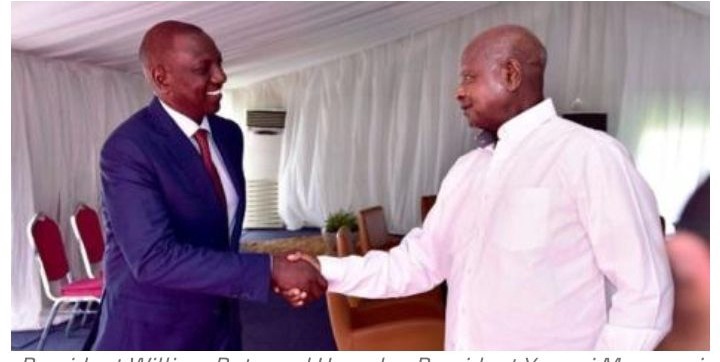 In a statement dated Wednesday, October 5, Museveni indicated that he reached out to President William Ruto and confidentially expressed his regrets about his son's behaviour.

Museveni stated that it was wrong for his son to comment on thections in Kenya, by opining that former President Uhuru Kenyatta should have contested for the third term .

According to the president, it is not correct for public officers-- be they civilian or military-- to comment or interfere in any way, in the internal affairs of other countries. 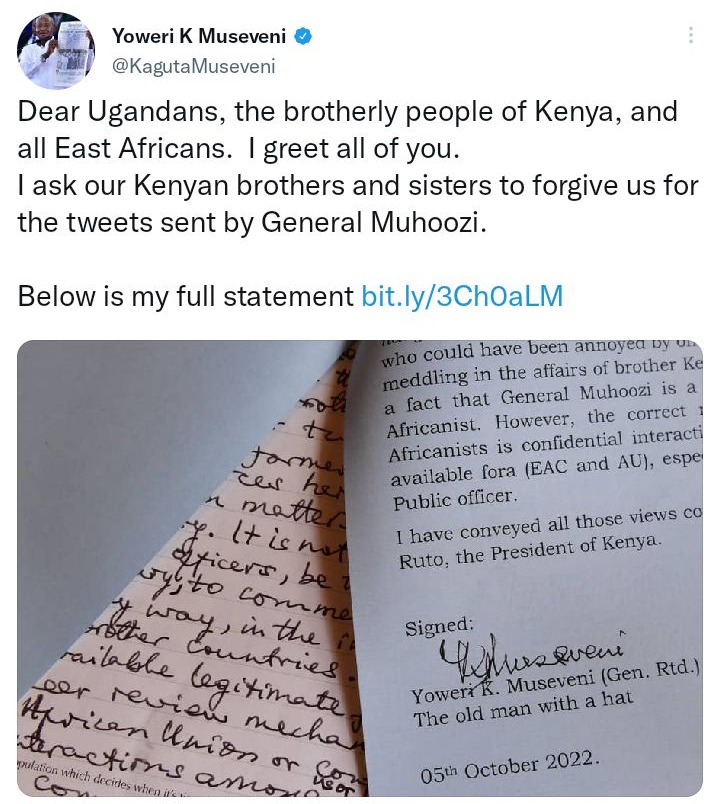 The enraged MPs, David Pkosing, Mark Lomunokol and Philip Rotino expressed their disappointment with Museveni saying that such statement even though made on a lighter note, tends to demonize a whole community .

The three MPs called on the new government to ignore the statement by Uganda’s president and instead heighten security and invest in development projects in these areas.

﻿Museveni ousted his son as commander of the country’s infantry forces after the son tweeted an unwarranted threat to conquer Kenya’s capital, causing significant worry in East Africa.

Ladies, Check Out on How To Dress While Visiting Your Mother- in -law (Photos).