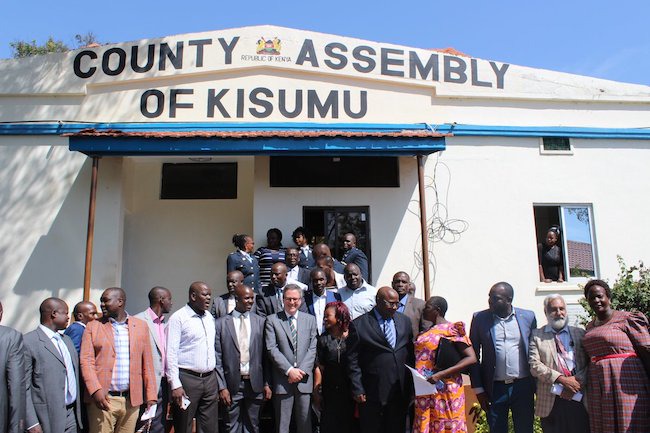 It's barely nine months to the general elections. The Kisumu current governor Prof. Anyang Nyong'o is facing hard times to retain his seat as politicians are plotting on how to unseat him. The top most coveted seat has attracted interest from the former governor Ranguma,former Kisumu central MP Ken Obits and MP Outs together with governor Nyong'o.

However,the gubernatorial race has taken a new twist after former governor Jack Ranguma dropped his bid to reclaim the seat in favour of Mr. Ken Obura

Speaking at his home, Mr. Ranguma said he was not keen to recapture the seat any more. He claimed he and several other leaders engaged in talks on the best candidate to challenge Nyong'o.

"My age doesn't allow me to fight for the seat. I, therefore,leave it to my younger brother Obura. He still has the energy," said Ranguma.

The leaders from the lake region have urged the ODM party to ensure fairness in nomination so that the citizens are given chance to elect leaders of their choice.

Ranguma alleged in 2017 that the nomination in 2017 was bangled in favour of Nyong'o something that they are not ready to welcome in 2022 elections.